“City of York Council’s Executive is facing some tough decisions in 2016-17. Below outlines why these difficult choices need to be made and why residents’ views are so important.

To help shape the 2016-17 Budget proposals, the council is inviting residents to have their say through a consultation by Wednesday 20 January: 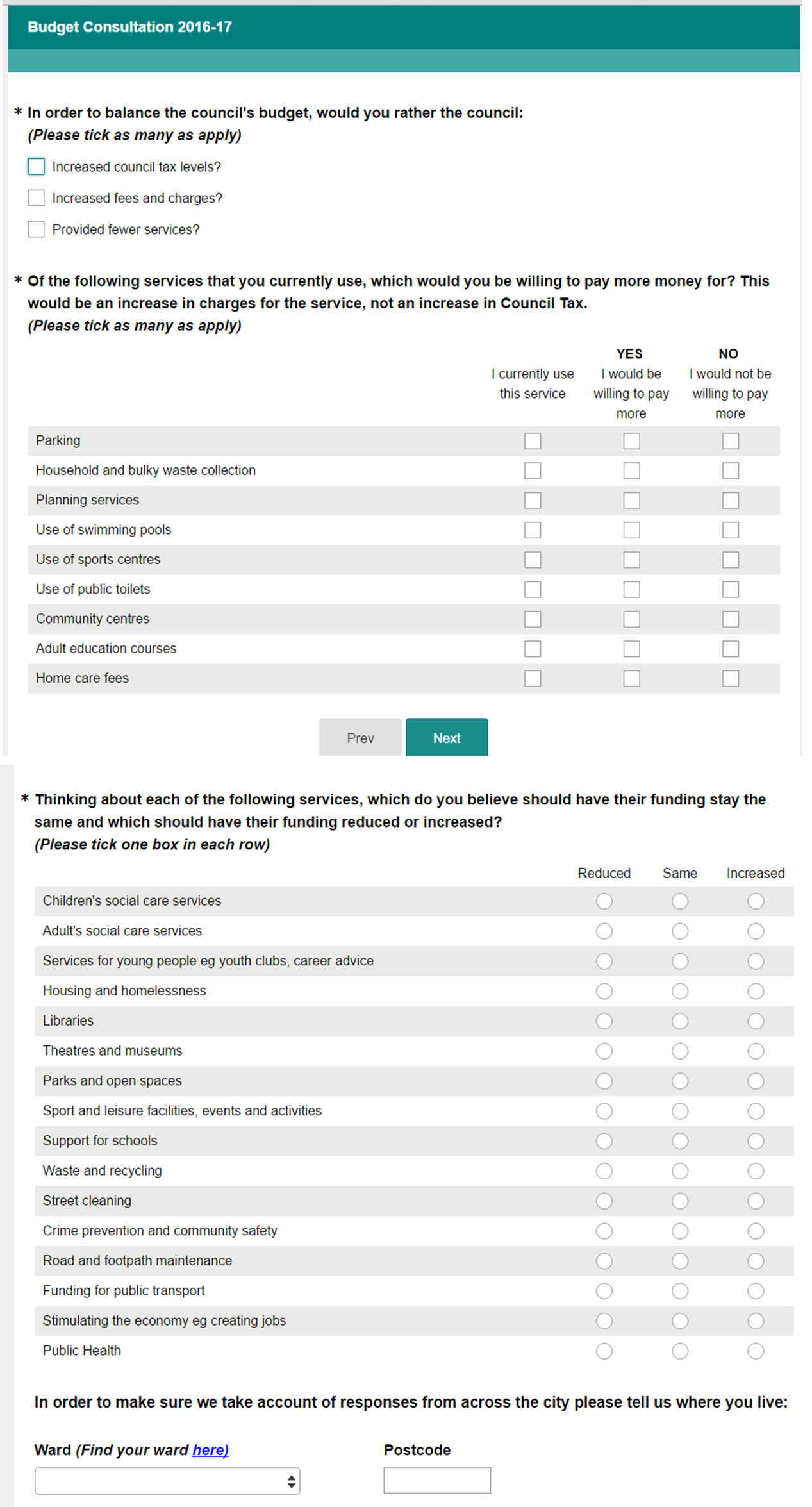 Not can you vote to save money through the lower debt (interest) charges which would come if the subsidy was reduced for big investment schemes like the:

There isn’t even a “write in” option for those feeling inventive!

You can say whether you prefer a tax rise to service cuts but you aren’t offered a choice on how much any increase might be!

NB It is likely that the cap in increases will be around 3.9% most of which will be ring-fenced for elderly care.

The Council justifies its stance by saying, “This year’s budget proposals will seek to ensure the council’s priorities continue to be delivered, whilst also ensuring the council’s financial position is managed effectively.

Even though the council spends one of the lowest amounts per head of population amongst UK local authorities, the authority still provides the same services as other, higher-spending councils.

For example, it is expected that by 2019/20 adult care costs will account for around 50 per cent of the council’s net budget. This means difficult decisions will have to be made.

Whilst legally council can only set a budget for one year, the focus of the administration is to ensure as much longer term planning as possible. As well as detailed plans for the year 2016/17, the authority is also setting out plans for the next four years. This gives a fuller picture of the choices faced and will enable a more joined up approach.

City of York Council’s Executive will consider the 2016/17 budget proposals at a meeting on 11 February 2016 before recommending them for the approval of Full Council on 25 February 2016″.