The York Council has revealed that 270 tenants with high earning may be required to pay the market rent for their homes from 2017. 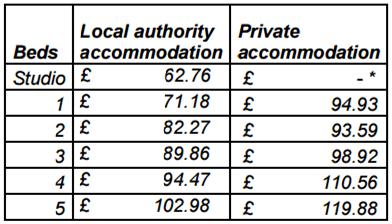 Announced in the Budget, the ‘pay to stay’ policy means social housing tenants with household incomes over £30,000, or over £40,000 in London, would have to pay a market or near market level of rent. The measure would come into effect in April 2017.

The government had previously said that  it might introduce legislation requiring tenants to declare their incomes in future but said all income raised would be available for investment in affordable housing.

The Budget document said while Housing Associations will keep the extra money to fund development, Councils must hand it to the Treasury.

We think this will be ‘pay to go’: people will decide to exercise their “right to buy”

The Institute for Fiscal Studies estimates the policy would affect 10% of social housing tenants.

Councils fear collecting the data would be expensive and difficult, particularly for existing tenants and when tenants’ earnings change.

Legislation will be included on a Housing Bill, which is also set to introduce the extension of the right-to-buy (discounts) to housing association tenants