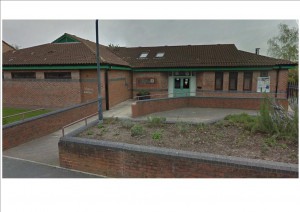 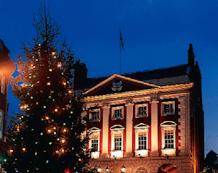 •  Preparing an oral history project, involving people past and present with a connection to the building.
END_OF_DOCUMENT_TOKEN_TO_BE_REPLACED

The Harrogate Council has become the latest to purchase the class leading software which gives local residents access to vital Freedom of Information files as well as an easy, and monitored way, of reporting issues.

York should cut its losses and follow Harrogate’s lead.

What Do They Know

Meanwhile the York Council’s proposals reqarding the future of its “on line” reporting systems have been removed from its “Forward Programme“.

Instead, the controversial new system is due to be debated under a generic “Cleaner City” report in the New Year. The latter report has also been delayed by 2 months but is currently due to be considered on 25th January.

The “Our City” newspaper, published by the York Council, has racked up a bill of nearly £40,000 so far since July. 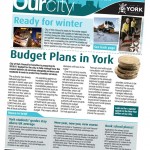 The total of £38,624 covers four editions the last of which will be delivered in January. All households are supposed to have a copy delivered free of charge.

Not all of the costs will fall on York Council taxpayers. Contributions have also been made by “partner” agencies such as the Police (although it is mostly public money in the end).

The newspaper content and design has been criticised for being “dull”. Copies can be downloaded from the Council’s web site (click)

In October copies of the newspaper were dumped in the communal areas of flats and clearly never reached the intended readers.

The suppliers includes Newsquest (publishers of The Press) who design and print the newspaper while the “Local Link” free advertising magazine undertakes delivery.

The Council has failed to include the “cost per household” figure on recent editions (it works out at about 12p per taxpayer for each edition) as was agreed would be provided, on all Council literature, more than a decade ago.

While normally £40,000 might be regarded as a small bill for the (worthy) objective of keeping residents informed, the expenditure comes against a background of cheeseparing cuts to basic public services such as street cleansing and weed control.

The new Council didn’t openly debate its policy on public communications when it took office in May, so we do not know what relative priority it gives to the burgeoning use of social media – which provides up to date news each day – nor the plans to re-introduce a, more locally focused, “Ward Committee” newsletter.

To their credit many Councillors do produce their own newsletters – the LibDem version is Focus – which are published and delivered without any cost to taxpayers. 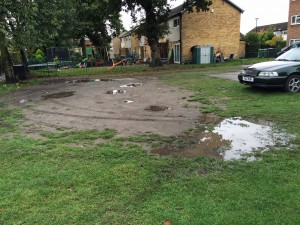 The badly damaged grassed area in Doherty Walk – which is used for car parking – will have matrix protection installed.

The move has been confirmed by the Council following strong representations from the local residents association. The proposal was also backed by Cllr Sheena Jackson and the housing departments local estate manager.

It has taken several months to secure funding for the £16,000 improvement, work on which is expected to start in the spring.

Matrix surface protection has been used extensively elsewhere in the Westfield Ward.. It has proved to be popular in locations such as St Stephens Square and Windsor Garth.

The process involves installing a plastic matrix on an area and allowing grass to grow through. It has the advantage that it continues to look like a natural grassed area, allowing safe recreational use. It continues to be mowed in the same way and water drains naturally reducing the risk of flooding. Vehicles can drive over the matrix surface without damaging the grass.

The Council is under pressure to provide similar improvements at other locations on the west of the City.

While the Doherty Walk changes are manly being funded from the housing account (rent payments), other areas may benefit from the recently revived “Ward Committee” funding pot.