The long awaited report on the development of land behind the railway station has been published by the Council. 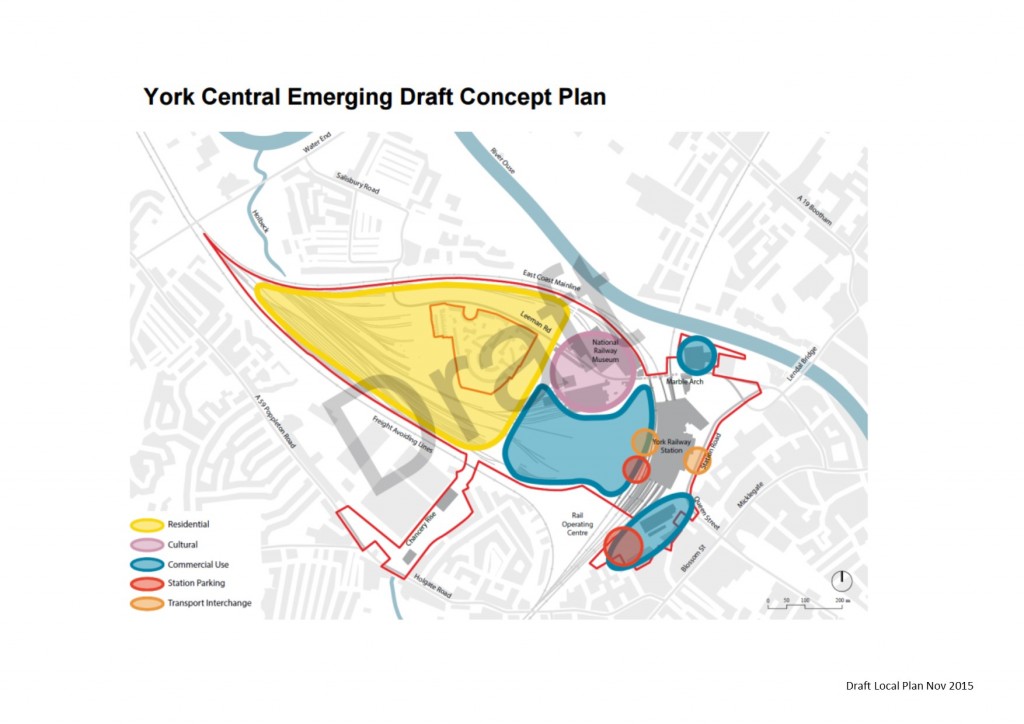 It proposes a major increase in the number of new homes to be provided on the site bringing the total to around 2000.  It is likely to be a high density development similar to that being constructed on Hungate.

The new proposals hark back to the numbers agreed in February 2011 which envisaged 1780 dwellings being built on the site together with around 90,000 Sq m of office space.

This plan was jettisoned by the last Labour administration who – as part of their “Big City” approach – chose to put new housing on green belt sites. They reduced the housing figure at York Central to only 410. 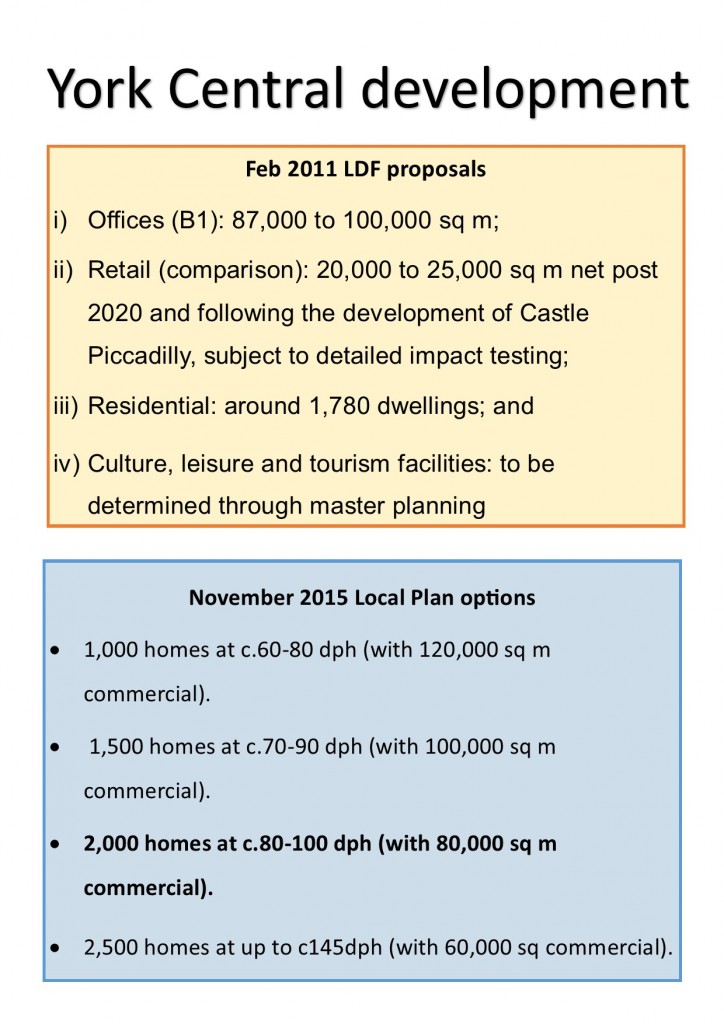 The new policy recognises that central brownfield sites offer great advantages, with many facilities, and communication links, within walking distance of people’s homes.

The proposed use of part of the site for additional comparison shopping has been quietly abandoned.

One concern highlighted in the report is that planners think that only about 100 homes per year could be built.

This is an artificial and unnecessary constraint.

A growing economy means that mortgages are again becoming accessible and demand for property is increasing in York.

Building 1800 additional homes over the next 15/20 years is an achievable goal that the Council must go for.

Infrastructure problems remain for the site and the Council has been wise to elicit the support of the Homes and Communities Agency for its housing plans while also seeking Enterprise Zone status to support the growth of office based jobs.

Significantly, the Council has so far failed to seriously debate the actual amount of economic growth that the City could sustain over the next few decades without compromising its character (and transport systems).

It is this relatively high expectation of growth which fuels the demand for more housing most of which will be occupied by inward migration (a total of around 6000 homes are required to meet natural growth over the next 20 years).

The Council claims that high growth in relatively well paid office based jobs is needed to offset the low wages paid in the care, retail and tourism sectors. Growth in care – against the background of an aging population – is inevitable while the Council continues to spend hundreds of thousands of pounds promoting tourism.

Members of the Local Plan Working Group (LPWG) will be asked to consider and provide comments on work to-date at the meeting which takes place on Monday 30 November.

The group will give feedback on their thoughts and recommendations on the emerging plan policy, ahead of an Executive meeting on 15 December – to inform the overall approach to the development of York’s largest brownfield site.

Further detail of the developing project will be included in an upcoming Executive paper. The proposed policy “recognises the significant economic and regeneration benefits which could be achieved for York and the broader region“.

The LPWG will take place on Monday 30 November at West Offices from 5.30pm.