19 suspected stolen dogs are looking for new homes after they were seized by police as part of an ongoing investigation in the Selby area.

Officers originally seized 23 dogs, however some have been returned to their rightful owners. The remaining dogs are being cared for by Woodhaven Kennels in South Milford. They are either not microchipped or their owners have not come forward to claim them.

The owner of a property in Kelfield near Riccall, contacted the police after the animals were abandoned there. 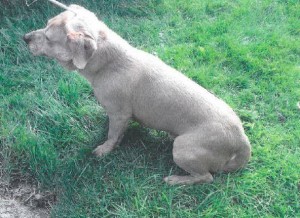 PC Sarah Ward of Selby police, said: “Ideally we would like to reunite the dogs with their rightful owners, but the difficulty is that many have not been microchipped and if they have, their owners have not come forward to collect them.

“The dogs have not necessarily been stolen from the North Yorkshire area, they could have been taken from the surrounding areas or anywhere in the country. There is no suggestion that any of the dogs have been mistreated and our investigation relates only to alleged theft and fraud offences. Due to the ongoing investigation, we are only able to release limited information at this stage.”

The local dog warden and the RSPCA assisted officers with scanning the dogs and transporting them to their temporary home.

If you believe you are the owner of one of the dogs, please contact North Yorkshire Police on 101, select option 2 and ask for PC Sarah Ward.

If you are interested in adopting one of the dogs, please contact the kennels direct on 01977 685404. Vetting procedures will be carried out before any of the dogs are handed over.

To view all the dogs, please visit our Facebook page Facebook.com/NorthYorkshirePolice

North Yorkshire Police is appealing for witnesses and information about a road traffic accident that occurred in York.

The cyclist received a buckle break to his left shoulder and discomfort to his left knee and was treated at York district Hospital.

We are appealing for witnesses to the collision or anyone who recalls seeing the vehicle prior to the collision, parked on the pavement outside Wetherspoons on Piccadilly, York, to get in touch as soon as possible to assist the investigation.

If you can help, please contact us on 101, select option 2, and ask for Terence Priestman.

You can also email terence.priestman@northyorkshire.pnn.police.uk