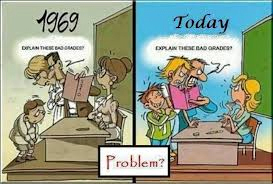 Children’s Services leaders in York today  are congratulating A level students across the city on achieving an excellent set of results that builds on last year, and that will maintain York’s position above the national average.

Provisional results for York school sixth forms and York College show that the very high standards of previous years have been improved upon with increased numbers of students gaining three A levels, and initial results for the city indicate that attainment is likely to be well above national levels.

York school sixth forms – All Saints RC, Archbishop Holgate’s CE, Fulford, Huntington and Joseph Rowntree – and York College are reporting strong results with many ‘best ever’ performances. Early results for the schools show that across the board there has been an overall increase on last year’s results for both A* to B grades, and A* to E grades, bucking the national trend which reports a small fall.

o   The average grade achieved per A level entry has also gone up.

These provisional results suggest that York’s students continue to perform well above the national average.

Councillor Jenny Brooks, Executive Member for Education, Children and Young People said: “I’d like to congratulate all students from our schools and York College on their A level results. These examinations are a significant marker for young people as they begin to shape their futures. The grades they’ve achieved are testament to their own hard work and also the support of their teachers, parents and carers.”

Jon Stonehouse, Director of Children’s Services, Education and Skills, City of York Council, said: “Once again, these results demonstrate that York has some of the country’s best secondary schools, colleges and teaching staff. A key factor in our continued success is the strong, supportive educational community that exists in York, which allows and encourages schools and colleges to share best practice and learn how to improve from others. This supportive approach will enable us to continue to improve educational outcomes for all young people in the city.”