It looks like the York Council may be about to try to revive the Castle/Piccadilly development project. 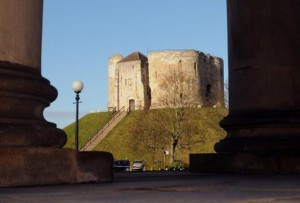 The project has historically involved an area of land bordered by Piccadilly, Coppergate, Clifford Street and the inner ring road. It includes the former tram depot/airspeed factory, the Castle car park and Piccadilly House.  There is some speculation that the area under consideration may be extended further long the banks of the Foss to tap the burgeoning growth now taking place in the Hungate area.

The Council – which owns car parking land in the potential development area – has attempted on two previous occasions to bring forward comprehensive redevelopment proposals for the land. The last failed following a Public Inquiry some 12 years ago. In the main, criticisms reflected the impact that the development might have on Clifford’s Tower.

In the interim much of the property on Piccadilly – and particularly the area facing the Foss – have remained semi derelict. Periodically land owners have tried to get planning permission to develop the area in a piecemeal fashion but this has been resisted. One developer (LaSalle) went bust and any redevelopment stalled when the recession hit in 2008. The absence of an agreed Local Plan has not helped.

With residential property prices in the City Centre now soaring, this may now be a good time to revive the process needed to agree a new comprehensive development plan. 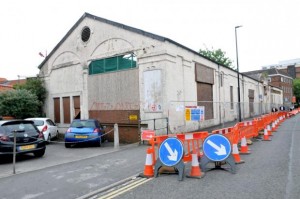 A mixture of ground floor retail with apartments above may just prove to be attractive to developers. There is likely to be pressure to include a new heritage attraction possibly making use of the historic links to the old airspeed factory (currently being demolished). The retention of adequate car parking will be seen as  essential by many retailers and the idea of putting some of it underground may be worth further consideration.  A pedestrian bridge over the Foss has been a recurring theme of previous proposals and would help internal circulation around the site.

Whether the York Council now has the capacity to provide a credible lead on such a major project remains to be seen. It is already deeply in debt and the new Executive’s revised budget continues to reflect the increased borrowing assumptions of their predecessors.

There also remains a question about the skills mix and experience of a workforce that has been scaled down over recent years and which is already struggling to deliver major projects like the Community Stadium, Guildhall and York Central.

Still a Masterplan for the future of this very significant site is needed, so we look forward to the publication of the latest set of ideas.