It is generally accepted that the greatest ongoing financial challenge faced by local authorities is the additional costs which they will face for looking after increasing numbers of elderly people in society.

Two reports into residential care provision in the City have been published over the last 24 hours.

An auditors report  lifts the lid on the collapse of the last Labour Council administrations plans to establish two super care homes in the City.

The second report, which will be considered by the Council’s Executive on 30th July, tries to identify a “way forward” for ailing social care services in the City.

The detailed auditors report from Mazars simply confirms what most interested residents had already worked out. 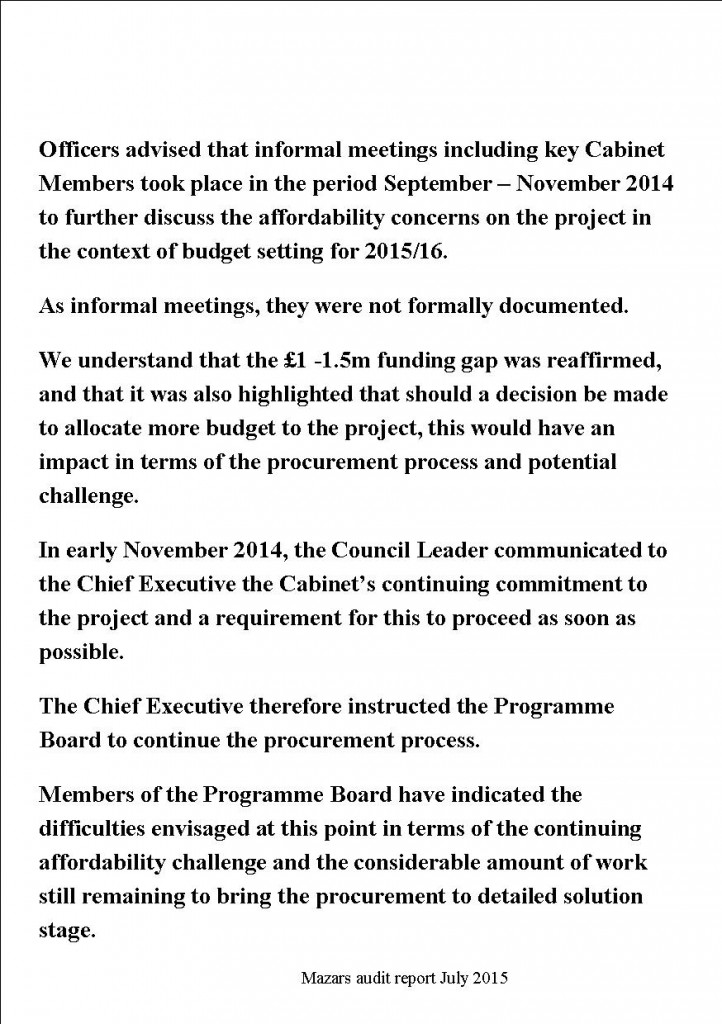 The Council had neither the skills nor processes available to manage a complex £30 million project which was hamstrung by political posturing from 2011.

Initially time was lost as Labour Councillors sought to appease trades union interests, while later the three responsible Cabinet members (Simpson-Laing, Cunningham-Cross and Alexander all of whom lost their seats in the May elections) failed for 3 years to get to grips with a project that had effectively stalled.

As we pointed out at the time, refusing to answer questions at Council meetings on the project, on spurious grounds of commercial confidentiality, was simply a smokescreen for the indecision which heralded the complete collapse of the project.

Reports had been presented to various Cabinet meetings but the auditors confirm  but “There is no evidence of discussion in these key areas at Cabinet”.

In total over £350,000 of taxpayers money was wasted on the project with the subsequent delay also costing taxpayers around £300,000 a year in subsidies to keep existing arrangements in place

Mazars audit report concludes with comments on the new business plan. They say

“The operational and financial modelling aspects have not been finalised and this is an area which requires further development”.

Despite this comment, a second report will be presented to next week’s Executive meeting which proposes a revised plan.

There are worrying omissions from the report.  It is muddled and makes the mistake of not setting out, early on, basic demand assumptions. It is questionable whether many of the criticisms in the audit report have been heeded (not least the need to consider all options at every stage in the process)

324 pages of documentation have been sent to Executive members to consider covering a wide range of important topics. The agenda is far too long to be considered at one sitting. To avoid the mistakes of the past, new Councillors would be wise to defer some items to a special meeting.

Few issues are more worthy of reflection that the Older Persons Homes strategy.

The new approach seeks to replace a project which became a major embarrassment for the Council.

The business case claims there will be ongoing revenue savings. Maybe, but the bigger picture needs to be addressed (including increasing expenditure on non residential care services).

The report implies that some existing frail residents may have to move home twice within a couple of years? 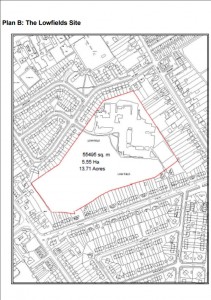 Redevelopment of the built footprint of the Lowfields site will be developer led but must be aimed at older people (not starter homes as the officer report suggests).

The site is ideally located near to the kind of essential amenities that older people require. Refocusing on an elderly care village approach will also minimise traffic issues in the Lowfields area.

The layout should include some “downsizing” homes aimed at over 50’s (thereby releasing family accommodation elsewhere) but otherwise needs to provide a mix of styles and tenures (flats, bungalows and sheltered accommodation with some communal facilities). The setting should be respected with the former school playing fields being conserved and enhanced.

One of the weaknesses of the officer report – which seems to rest on a misplaced loyalty to the grand designs of the previous regime – is that provision for older people on the west of the city is given little consideration.

Acomb residents want to remain to a setting with which they are familiar and where most of the friends and family will probably continue to live.