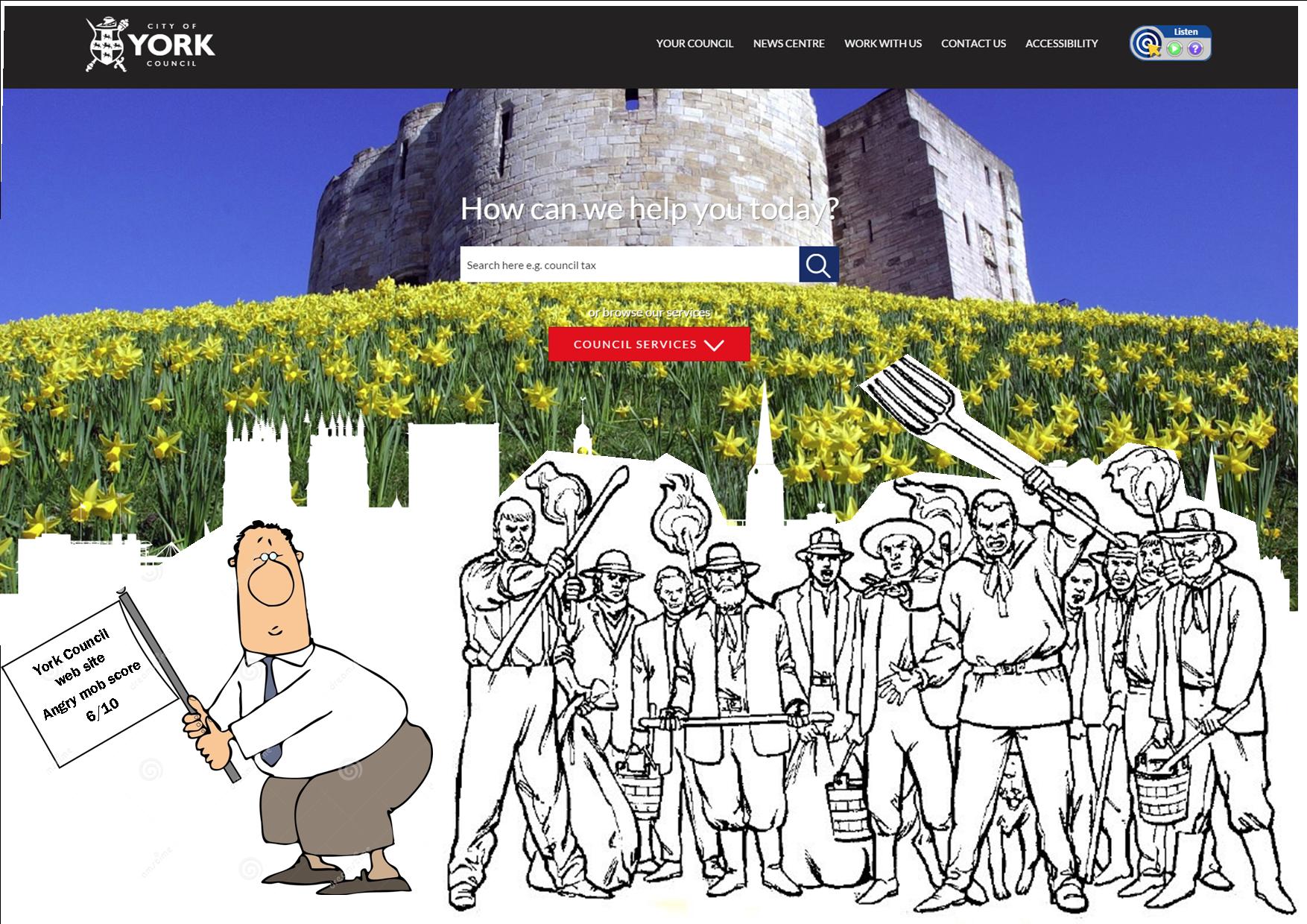 The York Council has launched a new web site design.

Heralded as an attempt to make contact with the Council easier, many users have struggled to find the services or information that they are seeking.

The Council claims that the site design was inspired by conversations with local residents.

We have yet to find anyone who says they were consulted and the ordering of information looks to be more what an official has impulsively decided residents should want to know.

Reporting issues on line is still not possible under the new arrangements. As long ago as 2008 the Council had a working internet based system which allowed residents to report a wide range of issues and include – if they wished – photographic evidence.

This was trashed by the Labour Council when it introduced a “Smartphone” App which is so limited in application that most users rapidly abandoned it in favour of, more flexible, commercial options (My Council)

The new Councils commitment to openness has already been challenged. Its reputation is unlikely to be enhanced by the new web site which makes monitoring the responses to Freedom of Information requests more difficult. Responses – which are far from up to date – are now assembled in someone’s idea of a community of Interest; making research into the latest information released a tedious and time consuming occupation

Initially launched without any access to performance information, the site does now contain links to rapidly aging KPIs outturns. The most recent are these for the period ending December 2014. Nearly 6 months later and there has been no update.

Some of the information is incomplete and some out of date.

The assembly of information under the “open data” link – which is supposed to improve transparency – is largely impenetrable. Other pages (i-Travel, Libraries, “Rewiring”, Make it York, Smarter York etc) have been hived off onto independent web sites resulting in a confused web of options for the uninitiated.

The site is claimed to be easier to access from mobile devices and, perhaps not surprisingly, Councillor are now being issued with tablet computers at so they will be able to take advantage of some of the new “functionality”.

The site also has a “where’s my nearest” search facility and text to talk features both of which may be of use to some users.

But, all in all, this looks like a web site that was launched too soon and with too little research into the York communities information and communication needs.