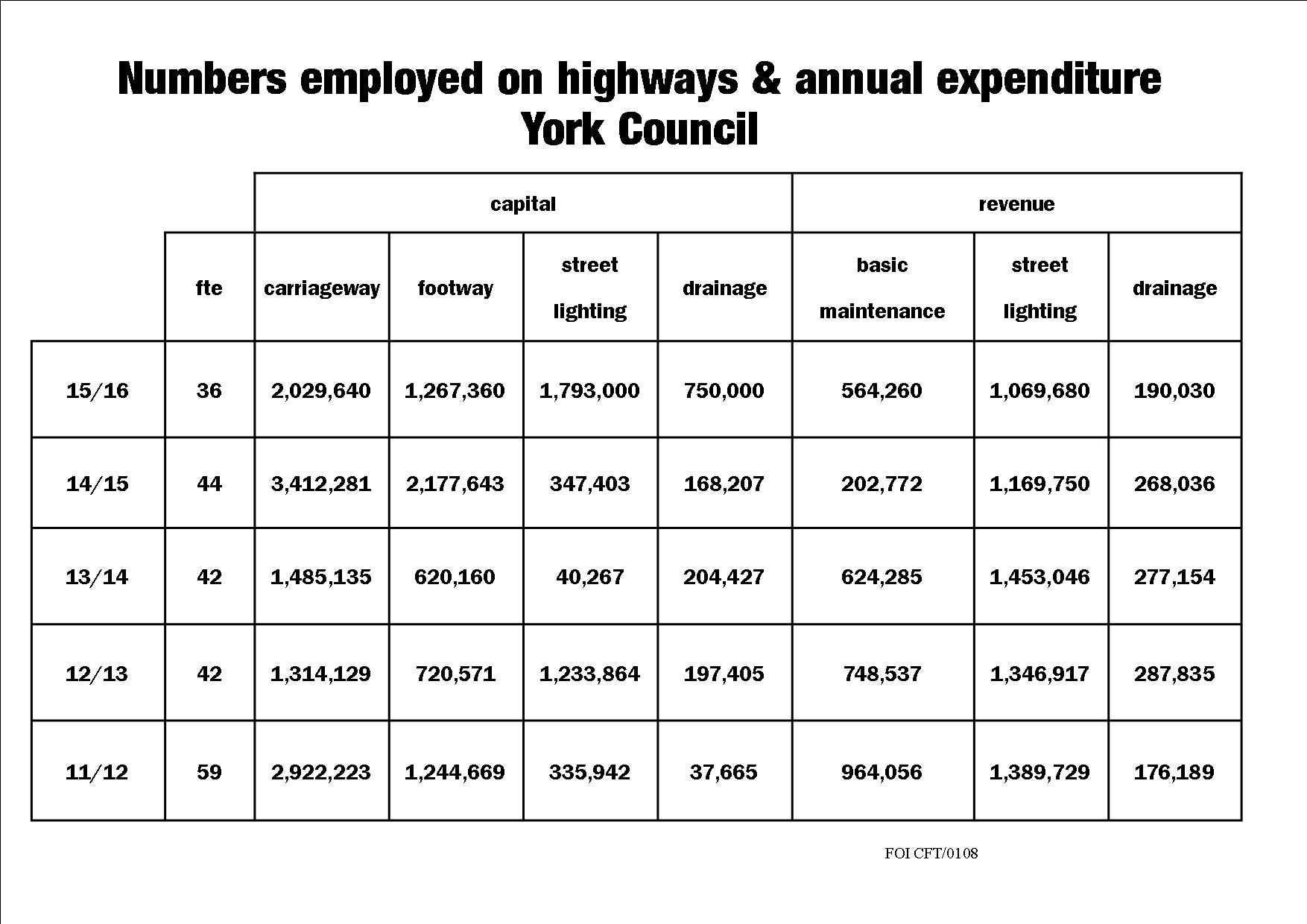 The number of Council staff working on repairing York’s footpaths and roads has dropped from 59 in 2011 to 35 today. Some of the work is, of course, undertaken by contractors.

The cuts reflect a 25% reduction in the investment being made in resurfacing the City’s highways.

During 2012 and 2013 the Labour administration cut highways repairs expenditure by around 50%. It is still not back to the level that they inherited from the last LibDem administration in 2011.

There have, however, been increases in the amounts being spent on street lighting and drainage. 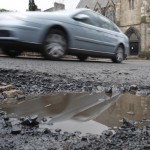 Expenditure of £1.2 million on new street lights in 2012, however, did not produce the savings in running costs – or reliability – that were expected.

A copy of the spreadsheet, which also details the mileage of road that has been resurfaced each year, can be found by clicking here.