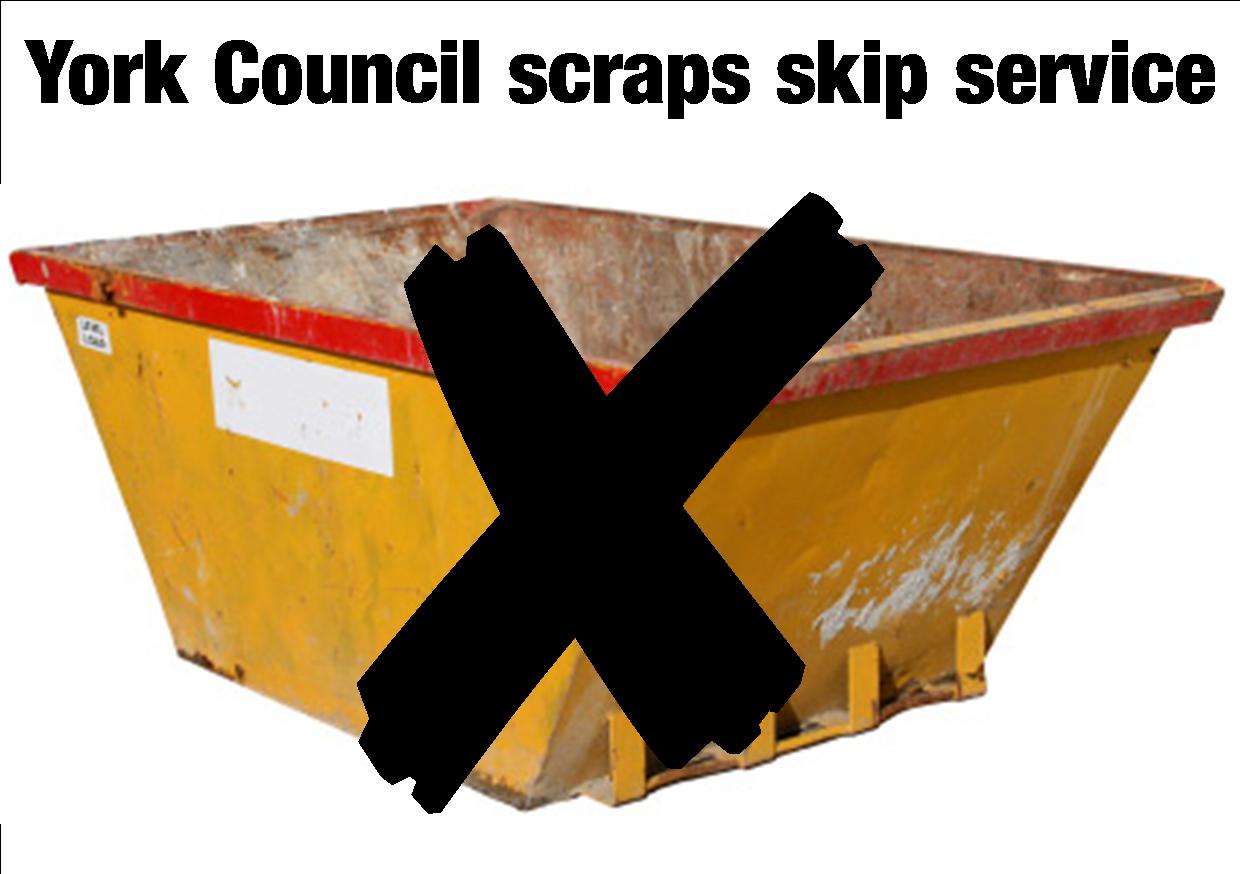 The Saturday morning skip visit may be a thing of the past for many York Council tenants.

Officials are understood to have cancelled the skips scheduled to visit the following estates/villages.

They claim that the reason for the cancellation is that there is no “active residents association” in the area.

However, that shouldn’t have prevented officials and Councillors from organising a ballot to find out how tenants wanted their share of the Estate Improvements Budget to be spent.

Many of the areas affected have a high proportion of elderly tenants who are least able to make alternative arrangements (and who, understandably, may not be able to participate in a “residents association”)

The matter was discussed at last nights Tenants Federation meeting.

We understand that all Council candidates are being asked to confirm that they will – if elected – intervene to get the skips restored.

The Liberal Democrats have already announced a widespread estate regeneration programme part of which will include improved waste collection and storage facilities.

The skips are regularly the most popular facility voted for by tenants in the annual ballot on how estate improvement monies should be spent.

There has been speculation that the Council also intend to stop altogether the programme of dropped kerbs/verge crossovers which, until 2011, was gradually reducing the numbers of vehicles parked on estate roads. The programme slowed when Labour took office, but there were hopes that the new Council – to be elected on 7th May – will take urgent action to address escalating parking problems on some streets

The news is the latest of a series of set backs for Council tenants in York. A few weeks ago the Council revealed that it had a surplus of £15 million on its housing account.

Many tenants blame Cllr Tracey Simpson Laing for the deteriorating condition of their neighbourhoods. She has been responsible for housing in York for the last 4 years.

Problems with dumping have gradually increased in west York since the Beckfield Lane recycling centre was closed in 2012.

Coupled with proposed reductions in grey bin emptying frequencies and charges for emptying green bins, the Council is in danger of creating “perfect storm” conditions for the sub-urban environment

One thought on “Labour to stop rubbish skip visits to many York Council estates?”