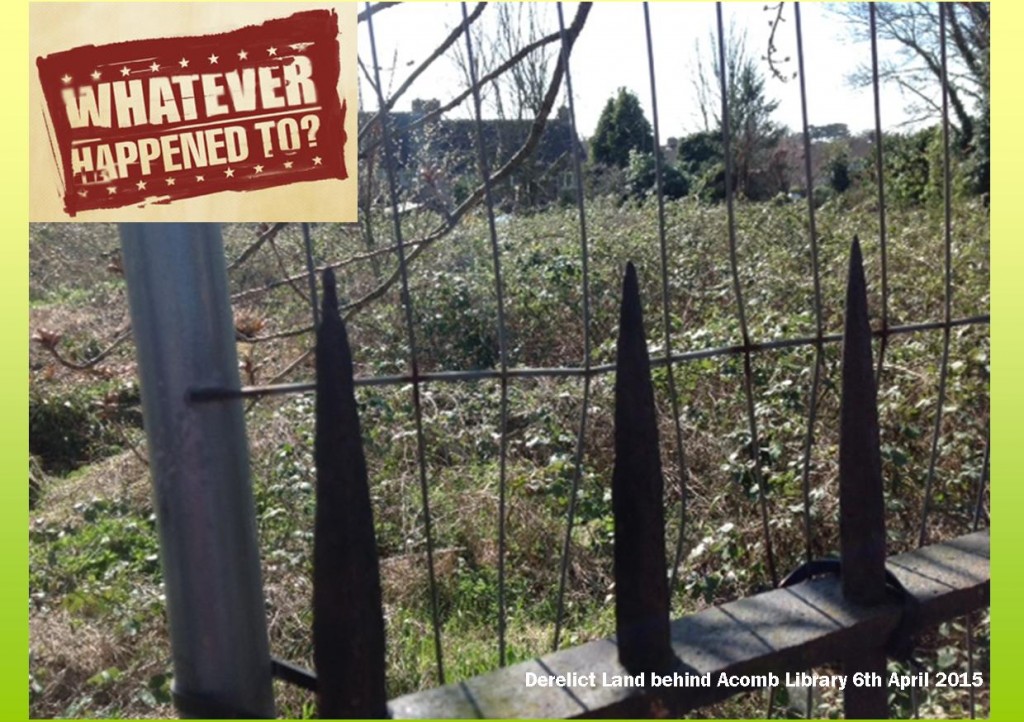 In 2011 the Council had plans for a modest expansion of the Acomb Library on Front Street.  Two new rooms would accommodate staff displaced for the Acomb Office.

A “one stop shop” for residents would have been established.

Affordable homes could have been provided on land lying between the bowling green and Chancery Court.

Labour dubbed this as a “second Council HQ”, abandoned the project in June 2011 and subsequently closed the Acomb Office without making alternative arrangements.

They said they would sell any land owned by the Council near the Library.

4 years later and the land is still unused, overgrown and derelict.

2 thoughts on “Whatever happened to – the new homes planned for Front Street?”