A Freedom of information response has revealed that vehicle speeds are the same as they were before the limits were lowered. 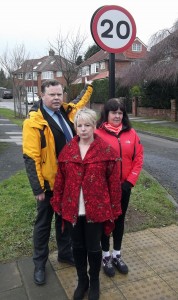 LibDem candidates Andrew Waller, Sue Hunter and Sheena Jackson with one of the signs which was place at the entrance to a short cul de sac

Introduced in west York late in 2013, supporters claimed that the lower limits would reduce accidents.A response to a Freedom of information request by Westfield Liberal Democrats, has revealed that the Labour Councils flagship “wide area 20 mph speed limits” have had no effect on vehicle speeds.

In total the Council has spent around £600,000 implementing the new speed limits in the face of massive public opposition.

The Council has provided “before and after” speed figures for 10 roads in west York.

In most of the roads, mean speeds have remained unchanged.

However in 3 streets (Alness Drive, Almsford Road and Wheatlands Grove) speeds have actually increased since the new limits were imposed. This reflects experience in other parts of the country. 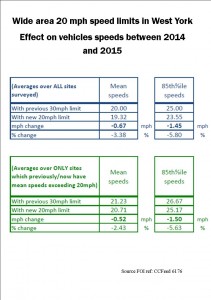 Westfield Liberal Democrat Sheena Jackson – who is seeking election to the York Council on May 7th – said,

“While I support having lower speed limits outside schools and in shopping areas where risks are higher, this project has proved to be a waste of taxpayer’s money.

Many residents viewed with incredulity the arrival of Council workmen to erect 20 mph signs at the entrance to short cul de sacs where it was impossible for any vehicle to accelerate to that speed in the space available.

As we said at the time the money should have been invested on streets with a known poor accident record.

The new Council will have to decide whether to “throw good money after bad” by revoking the 20 mph traffic orders and removing the signs. Clearly if higher speeds and accident rates on the affected streets are sustained, then that is what they will have to do.

Liberal Democrats continue to believe that the Council should set a speed limit for each road reflecting its characteristics and accident record (e.g. if it runs past a school, shopping centre etc. a lower speed limit may be justified).

The introduction of 20 mph “signed only” speed limits in west York has made no difference to mean speeds.

Before the change to the limit the mean speed was 20.00 mph recorded across the roads surveyed.

On some roads speeds are now actually higher than they were before the change.

Where there have been reductions in speeds (e.g. Thoresby Road) this is the result of other known factors (such as increased numbers of vehicles parking on the carriageway).

Top recorded speeds have not been affected. (Some are up and some are down)

Current Liberal Democrat policy is not to throw” good money after bad”. The 20 mph signs can stay but will be removed if: 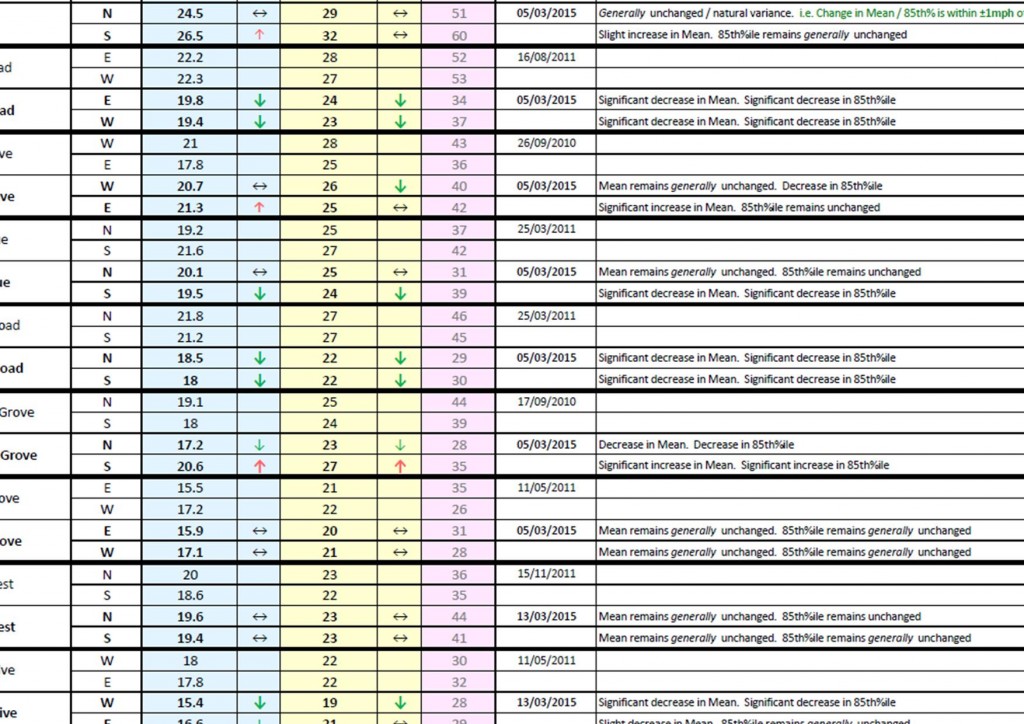