The Council Leader failed to take a decision today on which tender to accept for the sale of Oliver House, which has been empty for 2 years..

24 bids were received for the site with the highest being for £3.2 million.

The income is desperately needed by the York Council to plug major gaps in its budget.

It may be that Labour Councillors are now trying to appease their Green party coalition partners who bizarrely suggested last week that the Council should accept the lowest bid offered for the property.

The full list of bidders and offers is reproduced below.

It would be unlawful for the Council to accept a bid which was more than £2 million below the highest offer received. 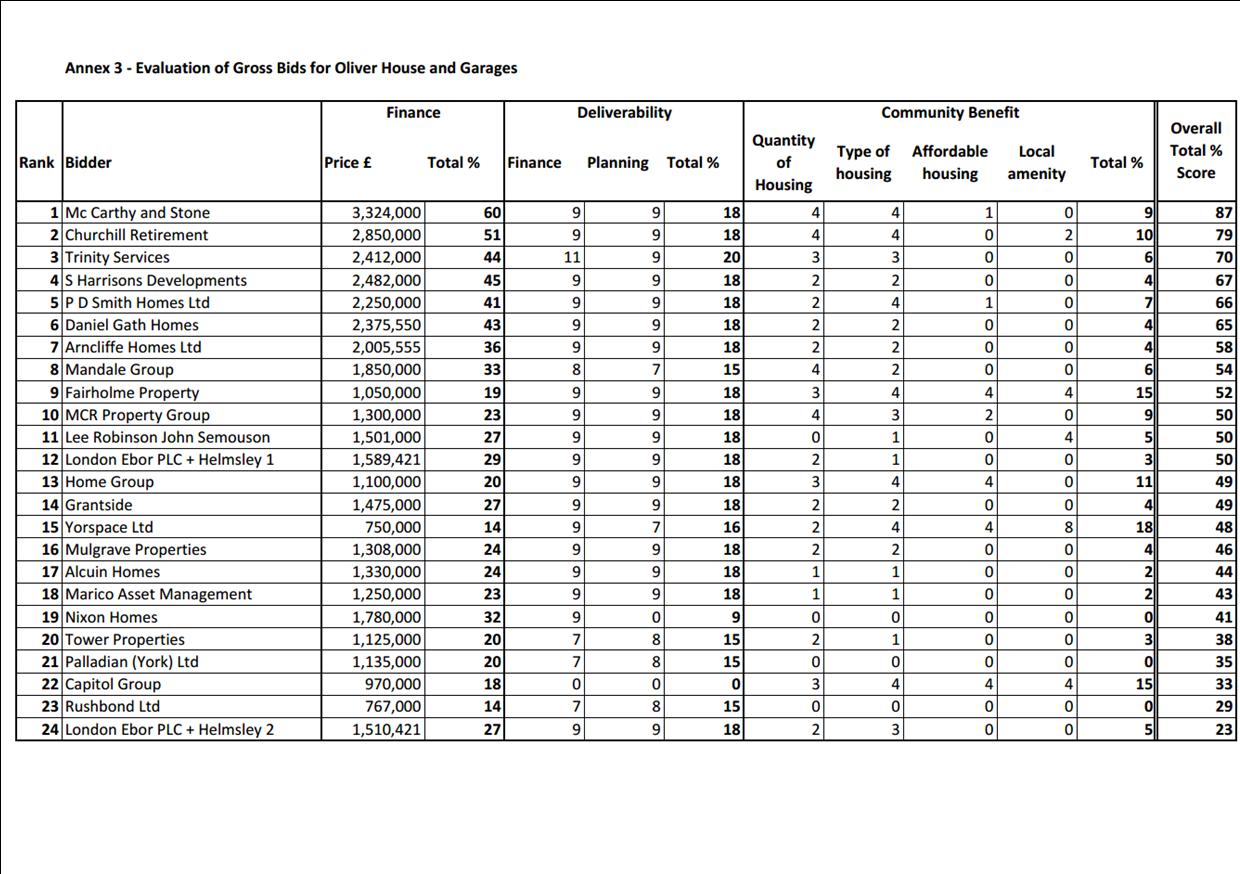 2 thoughts on “Indecision grips Council on “no brainer””