Only one of the new houses being built on the Windsor Garth development is still for sale according to developers. 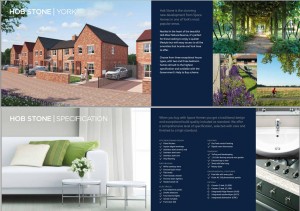 The remaining property is a 2 bedroomed house which is listed at £170,000.

The development has been criticised, not least for it’s high density levels. Originally the site was to have had only 29 units constructed. They would have been restricted to the “footprint” of the old school building.

Completion of the development later this year can’t come soon enough for existing residents living  in the area.

They blame construction traffic for damage to local roads, footpaths, verges and the Moor itself.