A new river safety resource pack for schools has launched this week, having been developed to help reach every child in every school and build an early understanding of the risks of open water. 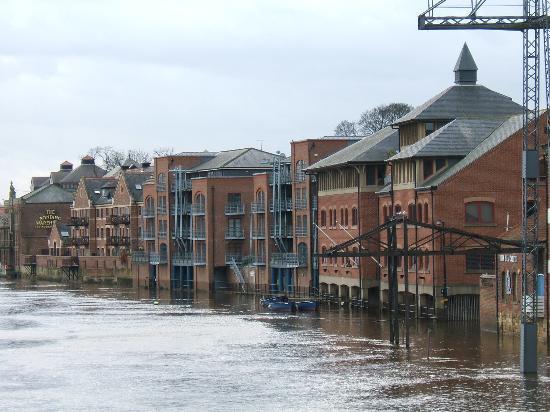 It’s also been endorsed by a York headteacher who saved a drowning man from the frozen Ouse in 2010.

One of the priorities of the council-commissioned River Safety Action Plan (RoSPA) is to improve education about river safety. Following a campaign devised by York St John University’s Students Union, supported by the partnership, the council has also developed a new information and resources pack for use by schools across the city.

Developed in consultation with the city’s multi-partner River Safety Group including Safer York Partnership, the Canal and River Trust and emergency services, and informed by new National Curriculum measures which will include water safety and aquatic skills, the pack aims to further knowledge and understanding of the dangers presented by open water, and ways to minimise risk among children and young people.

The majority of the resources listed are free and aim to offer information and support to assist in teaching and learning about water safety. Among its information, the pack includes links to the Royal Life Saving Society (RLSS), the UK’s leading provider of UK water safety and drowning prevention education which organises an annual Drowning Prevention Week, from June 20-28 in 2015. It also connects to the Ebor Livesaving Club which delivers local water safety initiatives and is keen to support more schools in York in even more ways. In September 2014 the Amateur Swimming Association (ASA) launched the new school swimming charter to encourage primary schools to improve their delivery of school swimming and water safety, and the pack links to it as well.

John Tomsett, Headteacher of Huntington School, York understands the risks of rivers because he pulled a drowning man out of the frozen Ouse in December 2010. He said: “The River Ouse is a dangerous thing. It takes seconds for the cold water to drag you under. It is so important that youngsters act sensibly near water and understand its dangers. This new resource will help educate children from a young age about the importance of river safety..