Employers from across the city will be showcasing high quality Apprenticeship vacancies at City of York Council’s third Apprenticeship Recruitment Event.

The event, held on Thursday 12 March between 4.30pm and 7.30pm at West Offices, will see young people aged 16-24 and their parents have the chance to meet with recruiting employers and existing apprenticesas well as find out about alternative routes to Level 3 qualifications and university.

A range of employers and training providers will be promoting over 200 Apprenticeship vacancies covering business and finance, construction, digital marketing, engineering, I.T, health, childcare and more. Employers at the event include City of York Council, the NHS, Nestlé, PureNet, the Armed Services, Portakabin, Volkswagen, Hyder, Network Rail, York Medical Group and many more.

Connexions advisors will be also be available at the event to offer support with next level options, including Apprenticeships, plus 1:1 CV and Job Application sessions.

Liberal Democrats in government are proud to have delivered more than two million apprenticeships in this Parliament.

Parliamentary candidate for Oxford West and Abingdon, Layla Moran visited apprentices and employers to hear about how apprenticeships are helping young people and businesses in Kidlington.

Watch the video below to hear from Adam Marsh of ACE Training and Paige McConville, the two millionth apprentice.

Liberal Democrats have criticised Green Councillors for backing proposals which will see residents charged £35 a year for all garden waste collections. 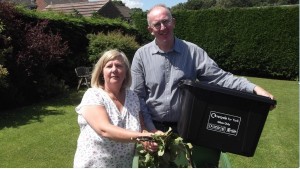 In 2013, Labour was forced to abandon plans to charge for all green bin collections after 1,700 residents signed a Lib Dem petition and concerns were raised that a blanket charge would see recycling rates tumble.

However, Labour did force through a cut to winter collections and introduced a £35 charge for residents with more than one green bin.

The new plans, part of the council’s ‘Re-wiring’ project, will now see a charge for all garden waste collections in 2015/16 with officers recommending a flat £35 fee per bin.

Plans to reduce the frequency of grey bin collections will also be considered as part of the proposals.

“It is hugely disappointing that Green councillors supported Labour’s Budget. This decision means further cuts to frontline services, increased fees for car parking and a new charge for all green bin collections.

“Under Labour recycling rates have already fallen and Landfill Tax bills increased to £3.7 million. Making residents pay £35 to recycle their garden waste will do further damage.

“Liberal Democrats worked with residents to defeat these plans in 2013, but Green councillors have now paved the way for a new Green Bin Tax in York as well as the option to reduce grey bin collections.

“The Lib Dem budget proposal was the only one which scrapped these plans. It would also have returned winter green bin collections and increased investment to boost recycling rates.

“The Labour-Green union, which last year blocked a review into the Lendal Bridge trial, has now passed a budget which will see cuts to services and reckless borrowing continue on projects such as the £9million Guildhall Media Hub.

“While I am pleased that Castlegate has been given a short-term reprieve and there is some hope for Yearsley Pool, the Labour-Green budget includes damaging cuts to community centres, road repairs and street cleaning as well as this new Green Bin charge.” 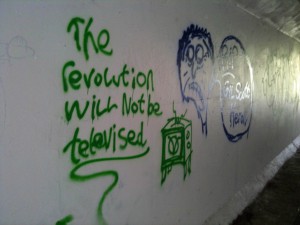 Only 62% of tenants are satisfied now with the Council as a landlord. To a degree this reflects the lack of investment in the Council estates across the City (a LibDem regeneration plan was voted down last week by the Labour/Green coalition)

Only 48% think that the Council is tackling anti social behaviour well.

The number of people aged over 65 admitted to residential and nursing care homes had risen to 767 (per 100k population) by the end of last year. Numbers are increasing again this year.

By December 27 residents were victims of delayed discharges from hospital. Of these 15 were down to York Council care failings. 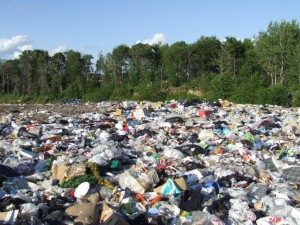 Stage carriage bus use in the City is stable.  The Council refuses to publish monthly figures indicating the number of buses running on time (was 84% last year according to DoT figures)

The Council’s Cabinet will tomorrow agree to spend £25,000 on a second attempt to establish a “business improvement district” (BID) in the central part of York.

It is 10 years since the first attempt was made. BIDs require the support of the majority of businesses in an area if they are to be able to use supplementary rate income to fund economic regeneration initiatives.

A decade ago, a similar scheme failed to gain widespread support and was abandoned.

At the time, several of the national chains (who exercise a large number of votes in any ballot) refused to participate in the scheme, while the Council had taken steps to freeze (and at Fossgate reduce) parking charges – so there was less incentive for change.

In addition the City centre was generally trading well – as it is today. There are relatively few empty shops in the core area and the latest footfall figures show number increasing (which is what you  would expect as the country emerges from recession)

The initiative has come in the wake of the 3 “free” parking morning’s trial which was funded through S106 contributions from a development at Monks Cross. That funding ends soon and the Council last week agreed to a Green party proposal to a general increase in car parking charges. The background, therefore, maybe one of the “perfect storm” with several marginal businesses in the City centre likely to feel the pinch.

In 2007, the BID project was led by an experienced manager who had done similar schemes successfully elsewhere.

This time the former editor of The Press newspaper is likely to be in charge.

The business case is unconvincing at least  in so far as it fails to debate what has changed, over the last 10 years, which could result in the majority of business now voting for an initiative which would increase the amount they pay in Business Rates.

The Council says that, if successful, the BID would expect to generate an additional £800,000 a year which would be spent on “an improved city centre environment in terms of public realm, security, increased footfall, events and cleanliness”