Nearly 12 months after the unlawful Lendal Bridge trial closure resulted in over £1 million in fines being levied, motorists will now be told they can have their money back. 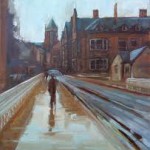 Anyone who received a Penalty Charge Notice (PCNs) in relation to Lendal Bridge and has not yet completed the online repayment process is being sent a letter to inform them of the refund.

The decision was forced on the Council when Labour lost their majority in the autumn. The Council is in the process of writing to 27,000 people who have not currently claimed their PCN repayment.

Letters have been sent to their last known address and are expected to be fully distributed in the coming weeks.
They include information on the refund process as well as notifying them that the deadline of the online process for Lendal Bridge repayments has been extended to 31 December 2015.

If the PCN was issued directly to the registered keeper of the vehicle then they will be able to complete the online refund process. If a company or hire company paid the penalty charge and then sought reimbursement from the person, or passed it to them for payment, they will need to speak to their employer or vehicle hire company as they will need to make complete the online refund process.

The council will assist anyone in person in the council’s West Offices or over the phone (01904 551550) to help them through the process if they have no access to the internet.# 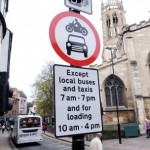 A final decision on the legality of the fines levied using cameras on Coppergate is expected within the next few weeks.

The Council has indicated that it intends to switch the ANPR cameras back on if their appeal against the unlawful ruling (which also applied to Coppergate) is upheld.

Labour have budgeted to receive £100,000 from new Coppergate fine income during the forthcoming financial year.

11 thoughts on “27,000 letters issued on Lendal Bridge fine repayment. Coppergate ANPR cameras to be switched back on?”