A new Centre for City’s study has put York bottom of a league table when measuring the exam results achieved by disadvantaged pupils. 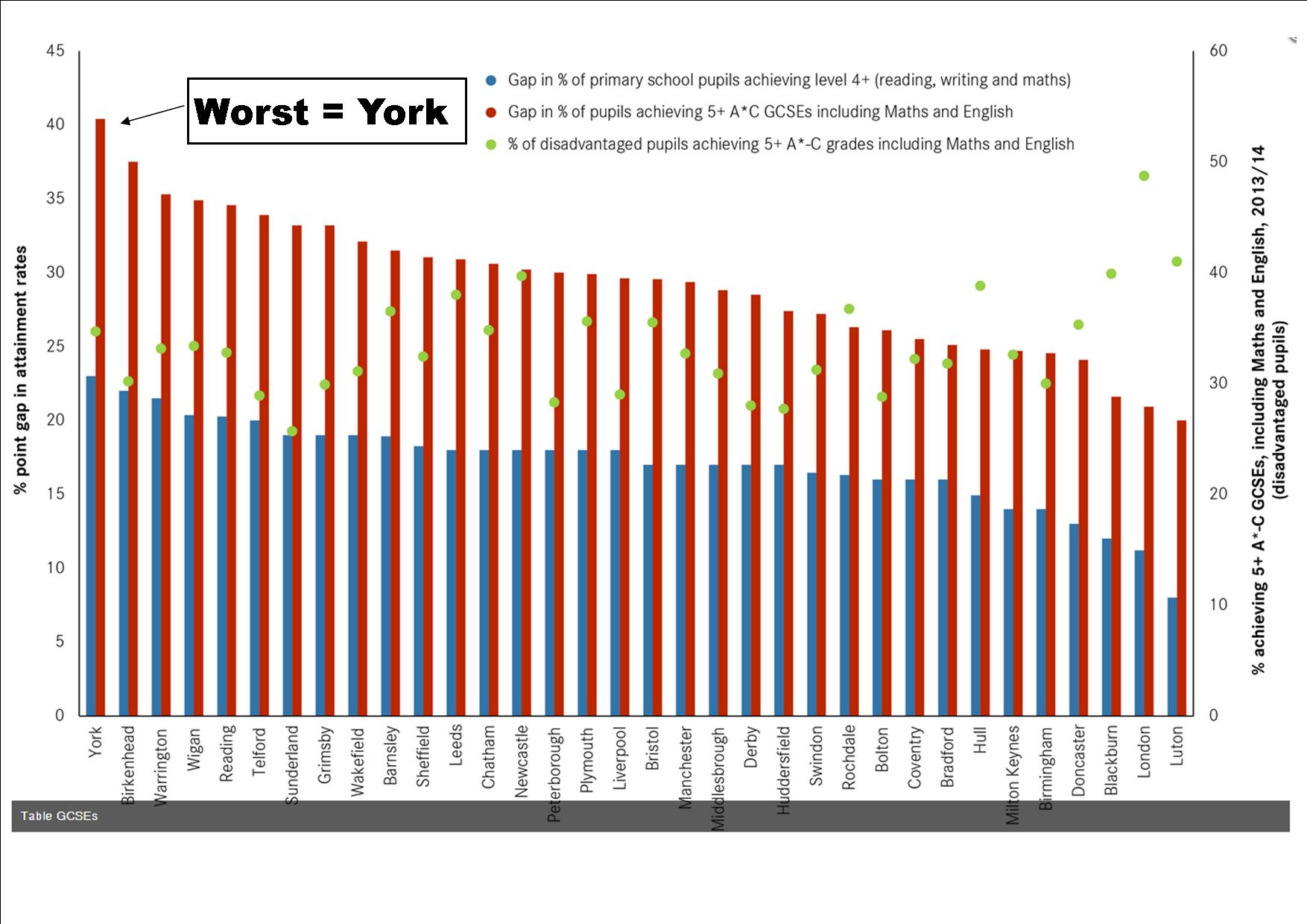 Although the number of pupils achieving 5+ A*-C GCSEs including Maths and English in 2013/14 was good, the results for those from disadvantaged backgrounds was worse then elsewhere in the country.

The gap in York at primary school age (KS2) is 23 percentage points.

The government’s flagship “pupil premium” funding was intended to address this issue.

Someone at the York Council needs to start explaining why some secondary schools seem to be letting down those pupils from a disadvantaged background.

Council Leaders have been quick to jump on any good news from this organisation.

When a downturn in performance become apparent, silence isn’t an adequate explanation.