The proposal to sell the building that houses the Theatre Royal to the York Conservation Trust has raised some eyebrows in the City.  The main issue seems to be the proposed £1 valuation.

York Theatre Royal was built in 1744 on, and among, the site of the medieval St. Leonard’s Hospital. Immediate repairs (roof replacement) are estimated to cost around £320k with significant further works needed in coming years

Separately £4.1m is being spent on a programme of refurbishment and improvement

The York Citizens Theatre Trust has a 25 year lease on the property at an annual rent of £27,250 with a 2 year rent free period during the refurbishment, It achieves a significantly higher proportion of earned income (around 75%) than similar theatres elsewhere and requires below average local authority funding in both the amount and proportion of turnover (around 7-8%). The Council provides a subsidy of around £250,000 a year to the theatre but has said that this will gradually reduce over the years.

Uniquely for a City the size of York, the Theatre Royal faces commercial competition from both the Barbican and the Grand Opera House 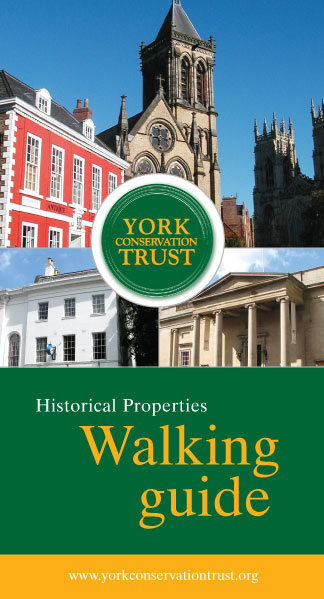 The Conservation Trust is a charity and was set up in 1976 as the successor to Morrell’s “Ings Property Company Ltd”. This company had been established by the Liberal supporting family in the 1940’s with the intention of securing York’s historic building heritage. It is run by Directors who are all related to the original family.

Together with the York Civic Trust, it can claim to be the principle reason why we are still able to enjoy a large number of, generally well conserved, old buildings. Another reason is, of course, that most are “Listed” meaning that they cannot be demolished and that any alterations are subject to restrictive conditions.

The York Council has also accepted over the years a responsibility to maintain buildings like the Mansion House and Guildhall. That sense of responsibility has been undermined recently, not least by the Labour group’s decision to spend £9.2 million converting the Guildhall buildings into a “media centre” (currently subject to a policy review “call in”).

The York Guilds – essentially craft based trades organisations – also take responsibility for maintaining three ancient halls in the City, with much of their income derived from private lettings and (high) membership fees.

Finding uses for buildings, which are expensive to maintain and heat, will always be difficult. Currently there are at least three historic buildings with a question mark about their future use.  St Anthony’s Hall (soon to be vacated by the Quilters Guild), St Williams College (where the Minster Trustees are seeking uses that could offset large repair bills) and the Guildhall.

The York Conservation Trust has already acquired two former Council owned buildings near to the Theatre (The Assembly Rooms and the De Grey Rooms).

While many York residents may feel, in an ideal world, such assets would remain in public ownership, the actions of the Council over the last 3 years is a reminder that public election does not automatically bestow either wisdom or financial acumen.

On the other hand, the negative side of large parts of the (former) public realm falling into the hands of a Charity – no matter how benign – is that public accountability all but disappears.

Residents of York will be dependant on the Charity Commission and the constraints of the planning system to ensure that the Trust continues to fulfil its founder’s altruistic aspirations.