This year to date (1st Jan to 3rd Dec) there have been a total of 696  traffic signal faults reported to the York Council’s maintenance contractors.

This number was 678 for the same period last year.

The Council does not have a means of recording the total duration for which signals have been out of operation; however, for high priority faults in this period – which are recorded in their own indicator – 91% were resolved within 4 hours, compared to 82% for the same period last year.

Barrier faults have occurred during a total of 17 days since they were introduced at the Marygate car park. Currently income from the car park is less than it was when operated on a pay and display basis. 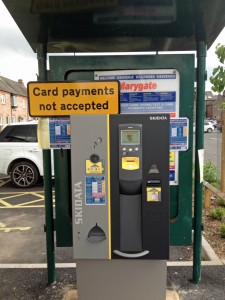 The York Council spent £100,000 installing the barrier system at Marygate.

NB. The Council has admitted that due to faults on its automated vehicle counting systems it doesn’t know how many motorists have taken advantage of the free parking offer which is available at some car parks from Thursday to Saturday.

Overall income from car parking is, however, over £400,000 below budgeted levels.