The evening and Sunday number 14 service from Foxwood Lane via Woodthorpe will be discontinued. The 13A service serving Hamilton Drive is retained subject to retendering. The Middlethorpe loop off Tadcaster Road is in jeopardy

The full changes – proposed due to “low passenger levels” – can be found here.  (click for route map) 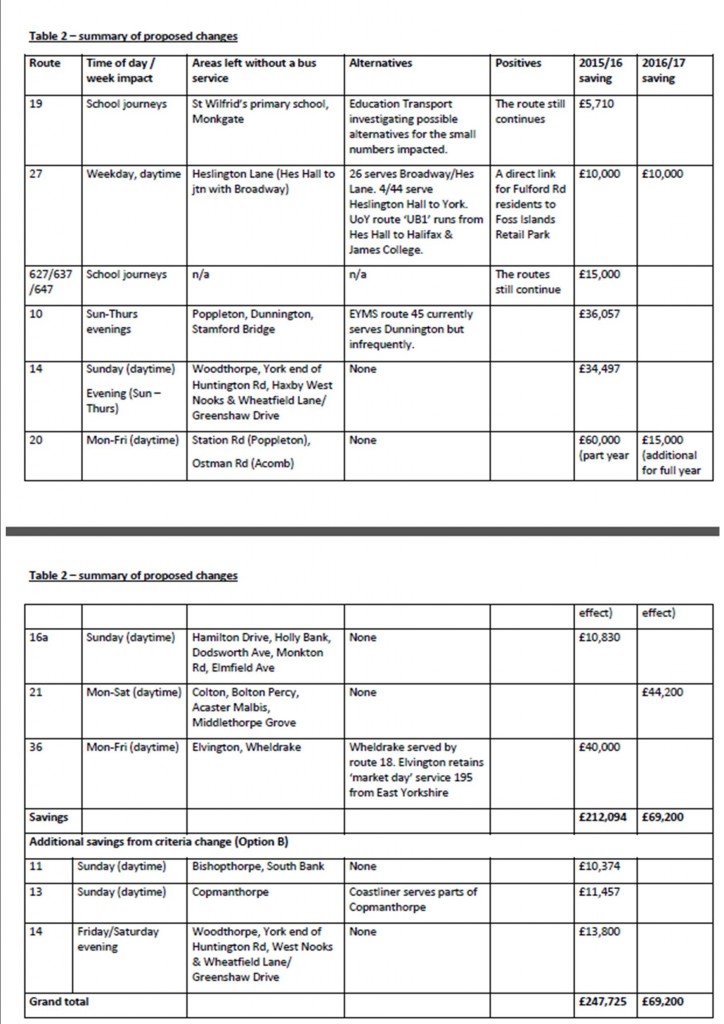 The proposals to change bus services, which are currently subsidised by City of York Council will go to a Cabinet meeting on Tuesday 6 January.

The Council is aiming to reduce bus subsidies by around £200,000. This compares to the £700,000 abortive expenditure that it incurred during  the Lendal Bridge closure. The aim of the latter had been to increase bus usage.

There has been no consultation with passengers over the plan and the report makes no attempt to offer alternatives for those who do not have private transport.

In the past the Council has promoted dial a ride and similar services to provide a basic link on low use bus routes.

If approved, the service changes could be implemented from April 2015.

Cabinet will take place on Tuesday 6 January at West Offices from 5.30pm and is open to members of the public or is available to watch live online from:  www.york.gov.uk/webcasts

For more information about bus travel in York visit www.itravelyork.info

All of the bus routes in York are operated by private sector companies who are free to decide how they will run any services not requiring financial support. This includes the freedom to set the bus route, where the bus will stop, the timetable and fares charged.

The council has powers, contained in the 1985 and 2008 Transport Acts, to provide subsidies for bus services where, in its view, there is a transport need that is currently not being met through commercially operated services. For the services it procures, the council defines the route, stopping points, frequency and operating hours of the service. The council also monitors the performance of each service.