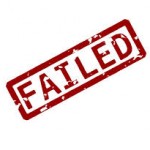 The Councils Auditors have still not certified completion of the York Councils accounts for 2013/14.

The accounts attracted alot of comment when the auditors came to the conclusion “that the Council had proper arrangements in place to secure economy, efficiency and effectiveness in its use of resources, except for weaknesses in budgetary control and financial management in Adult Social Care services”

While taxpayers have been told that action is being taken on that issue, it now emerges that Mazars cannot close the file on last year’s activities because of an outstanding objection from a taxpayer about the Lendal Bridge fine issue.

The concern may be addressed if the Council agrees – as expected – a general refund of fines collected on Lendal Bridge when it meets on 11th December 2014.