A Council planning committee will decide on Wednesday whether to give the go ahead for the development of the Newbury Avenue garage site. 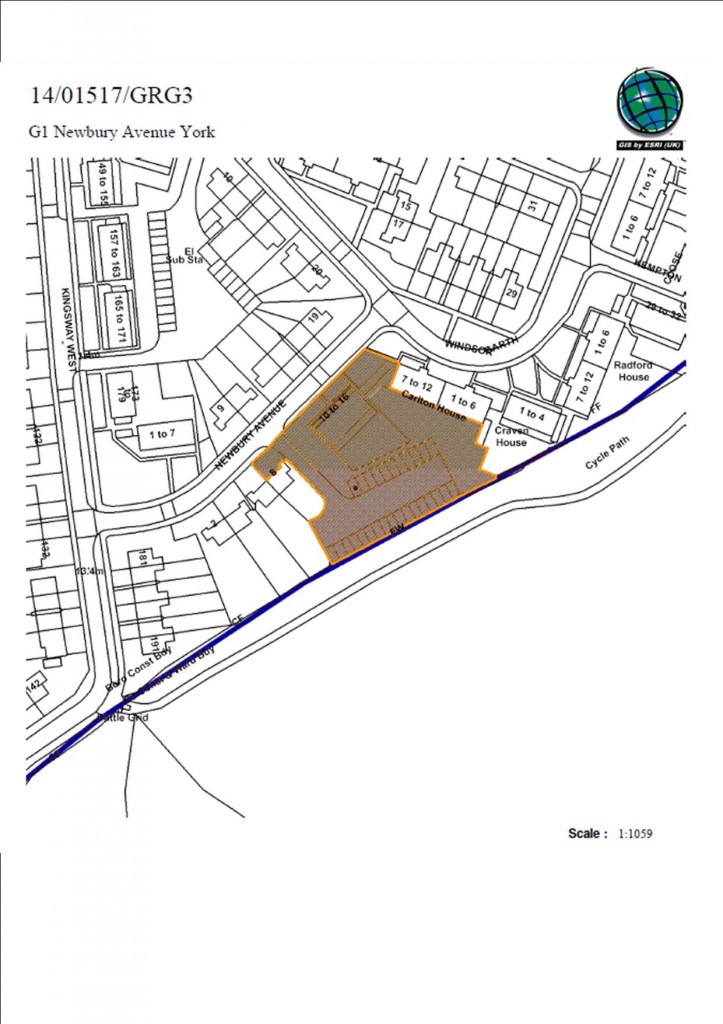 The scheme has been heavily criticised for reducing still further the amount of off street parking available in an area which has a high proportion of flats.

The Council has refused to provide more parking lay-bys or to reinvigorate the dropped kerb programme to make more spaces available.

Instead they have directed people who rent garages to other blocks some as far away as Foxwood. A waiting list for these garages is now building up and parking problems are becoming acute.

Now the published plans suggest that the scheme designers have failed to recognize the need for a secure boundary between the new buildings and Hob Moor. It is 25 years since the Council recognised that – to keep down crime levels as well as preserve the Hob Moor nature reserve – robust railings were need on the boundary. This lesson seems to have been forgotten.

The Council admits, “That the site is contaminated and that it lies near to a closed landfill site”

The scheme design is an improvement on what was originally proposed but many residents will feel that these 9 flats -when taken together with the 55 homes being built on the nearby Our Lady’s school site – represent an overdevelopment.

Damage to roads in the area is the first tangible sign of an accelerated decline in public service standards in the area.

Residents who wish to address the meeting (which starts at 2:00pm) may do so by telephoning (01904) 551031 or by Email to –louise.cook@york.gov.uk /catherine.clarke@york.gov.uk

The committee is expected to visit the site on Tuesday 7th October arriving at Newbury Avenue at 10:15am.