At the Council meeting on 9th October Liberal Democrats will be urging the York Council to rethink it’s plan to increase the size of the city by over 20% during the next 15 years. 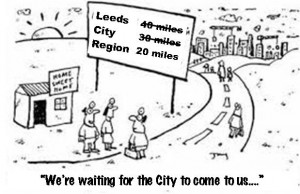 Labour plan to build an additional 20,000 houses on the York Green Belt over the next 15 years as they boost the population by 40,000.

Only 15,000 of these are likely to be York born as the population is increasing (births exceeding deaths) by 1000 each year.

This generates a demand for an additional 500 homes each year.

Of course, even this level of population growth can’t be sustained for ever. We live on a planet with finite resources.

Labour’s plans would have potentially disastrous consequences for the City that we live in.

Under Labour’s plan, already overloaded transport systems would seize up, health care services would be put under more pressure and the suburbs could be further starved of resources.

The Liberal Democrat proposal (which can be read by clicking here) will be debated by the present Council where 23 Labour members are balanced by 23 from other parties.

The proposal would see a special meeting called in November to consider changes to the Labour plan.

By then, if Andrew Waller wins the Westfield by election which is taking place on 16th October, Labour will have lost their majority on the Council and with it their ability to dictate to residents.