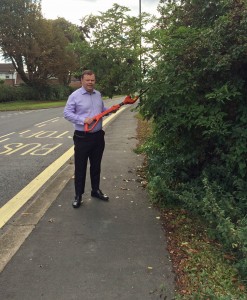 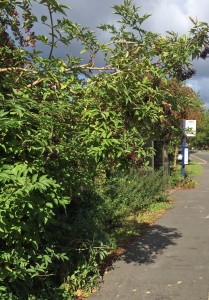 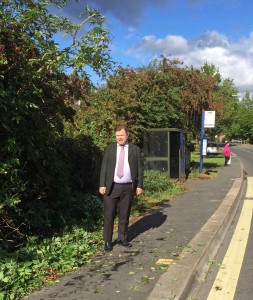 The bush blocking the Askham Lane footpath has been cut back by Andrew Waller and a team of volunteers.

The path had been blocked by the overgrown hedge for a couple of weeks forcing pedestrians to walk in the road.

The bush also potentially could have damaged passing vehicles.

The overgrown hedge has been reported to the Council several times during the summer with passengers, waiting in the shelter, complaining that they could not see buses approaching

The hedge still needs cutting back further with specialist equipment and we hope that the Council will do that and treat the nettles – which make access to the shelter difficult for elderly people – as quickly as possible.