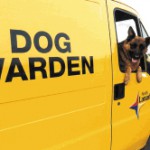 Residents responding to our door to door survey told us that they were concerned about the amount of dog fouling in their area.

Overall 35% of respondents said it was an issue in their street.

Now a Freedom of information request has revealed that very little is being done by the Council to enforce dog fouling laws. The number of dog fouling fixed penalty notices issued have been:

This seems very low to us.

There is a case for bringing back the dedicated dog warden service.