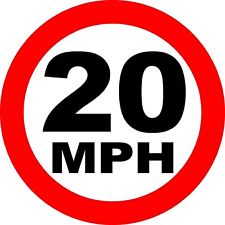 Figures gained from the York Council by the Liberal Democrats under Freedom of information legislation confirm what most had suspected.

The new “signed only”20 mph speed limits have had little effect on vehicle speeds.

On most roads average speeds are the same as it was when the limit was set at 30 mph. 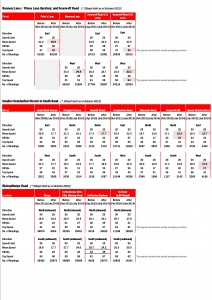 This is in line with results from other parts of the country.

Only in relatively narrow terraced streets—and on one section of Bishopthorpe Road itself—has there been a reduction in speeds, but even there it has usually been less than 1 mph.

When leaving the City on Bishopthorpe Road at a point near Rectory Gardens the majority of driver’s are now travelling at 29 mph rather than the 33 recorded before the change to a 20 mph limit.

The Council has declined so far to publish an analysis of accident rates in the new 20 mph areas. However the numbers Killed or Seriously Injured on all York’s roads last year—the first since resources were focused on introducing 20 mph speed limits—increased from the 51, recorded in 2012, to 58. 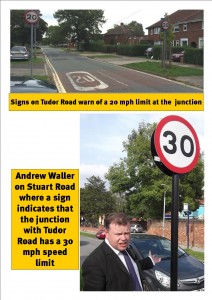 “We should set the most appropriate speed limit for each urban road.

People understand 20 zones with speed tables at schools, shops and major crossing points, but there is now a confused mix of 30mph and 20 mph roads around our area.”

Andrew has produced the following evidence of confusion over speed limits.

“There is no better example, of the muddled way in which the new “wide area” speed limits were introduced, than on Tudor Road. (see pictures above right)

Vehicles approaching from Stuart Road are told that a 30 mph limit is in force.

Meanwhile motorists already on Tudor Road are told that the limit has changed—to 20 mph— about 100 metres before the road junction.