The new TV channel aiming to start broadcasts in York next spring apparently still has no name. 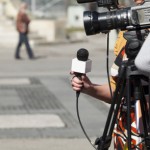 With a similar project in Birmingham having recently been abandoned there is now some speculation about the future of the York channel.

There was some suggestion that the company could be based at the Guildhall but it now appears that the new channel will be located initially at the University’s Department of Theatre, Film and Television.

The station enjoyed the ringing endorsement of Council Leader James Alexander last November when it was awarded a license to broadcast on a “freeview” channel.

The channel is expecting to create 12-15 new jobs initially”

NB. Science City – which was involved with the station – has recently been taken over by the City of York Council reviving some concerns about the impartiality of any affected media outlets.