If you think so view this BBC expose

The BBC has lifted the lid on the deal that Labour Councillors did to provide “free”  WiFi access in the centre of York. 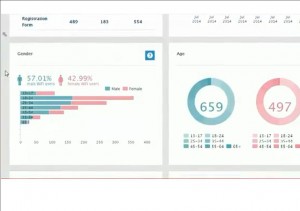 We said all along that nothing is “free” and now we know what the payback is.

The deal means that large amounts of personal data about you, your activities, interests and movements has been made available to third parties.

We think that individual users should be able to opt out of providing such personal information.

Will the Council agree and act? 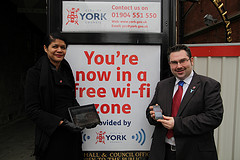 Labour launch “free” WiFi. but look at the small print

This is a link to the media release response they have put on their web site,.

Separately Labour Leader James Alexander  has come under fire for lack of transparency on a deal that the Council did with an IT provider to use the Councils own super highway network.

Procured by the last LibDem administration, the network was intended to provide high speed links for all the Councils buildings around the City.

Now the core network may be used as part of the roll out of an ultra high speed network under a deal which the Council says will being high speed broadband to “every property in the City”.

Problem is that part of the network has been subsidised by taxpayers and its use – other than at a commercial rate – could violate EU state subsidy rules.

Expect more of this as and when the service is launched.