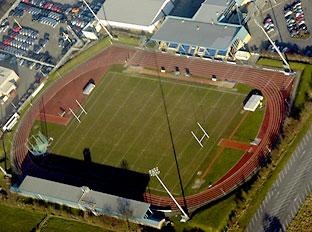 The York Council has yet to confirm whether the Huntington Stadium can be used as a venue for a “10,000 capacity” concert on 4th July.

Objections to the license application for the site had to be with the council by last Thursday, but no response has yet been published.

Increasing the capacity of the Stadium from just over 4000 to 10,000 will present major transport and logistical problems.

The Council has however announced that the Stadium will become a “spectator hub” for an event on 6th July.

It replaces the planned “hub” on Monk Stray which was dogged by procedural problems, and eventually had to be abandoned amidst a torrent of objections from residents.

It is unclear what the residents of Huntington will make of the likely impacts these major events will have over what would, in any event, be a busy shopping weekend in the Monks Cross area.

We said a few months ago that the Council – despite allocating a jaw dropping £1.6 million to fund the Tour de France Grand Depart event in the City – had underestimated the skills and manpower necessary to maximise the success of such an event.