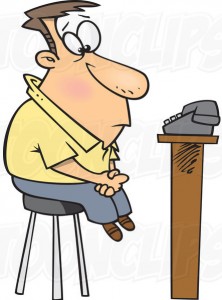 Changes to the working conditions of senior managers at the York Council are set to be implemented.

They include the introduction of performance related pay.  Instead of gaining “increments” automatically during their first four years in post, pay increases will be made based on the achievement of targets.

What the targets will be, and who will decide whether they have been achieved, is unclear.

Their annual leave entitlement will be reduced to 35 days a year (from 39) although this is still much higher than is common in the private sector – or indeed amongst more junior ranks at the Council.

Chief Officers will be required to join a standby rota and will be paid 52p an hour to be “on call”. If “called out” to deal with an emergency  they will be paid at their hourly rate.

We think that the performance related pay plan is right.

However there needs to be more transparency when goals are being set.

The proposals are being discussed at a meeting being held on 12th May.