Preliminary results are available for this year’s public opinion survey which has been undertaken in the Chapelfields area. 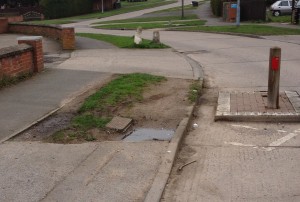 Damaged verges a source of complaint

Over 500 homes have been visited during the last couple of weeks.

The biggest complaint from residents was the lack of car parking space. Many verges have been damaged over the winter.

Asked what the York Councils should do to remedy the problem. most thought that more lay-bys should be provided.

Residents were also asked when they last saw a PCSOs or Police officer patrolling the estate. Here the results were disappointing with very few saying that they had seen an officer during the last 2 months.

This is much lower than was recorded 4 years ago.

Asked how they would like the Police to stay in contact, residents gave the following preference order.

Residents were keen to see additional events provided at the local community centre. Those most mentioned were – in order –

46% said that dog fouling is a problem in their street, while 19%  had found it difficult to contact the Council to raise issues.

14% had found that the higher income tax thresholds introduced by the Coalition government had directly helped them.

Finally residents were asked to give their verdict on several controversial issues. Their responses were:

The survey will be carried out in other parts of the Westfield Ward over forthcoming weeks.

Updated results will be published on this web site periodically

4 thoughts on “The Chapelfields survey 2014”