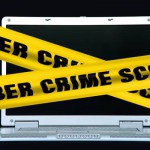 The latest figures published by the ONS confirm that there was an increase in the number of homicides in York last year. There were 3 murders in the City last year compared to 1 in each of the two previous years. The numbers are still small though and do not necessarily represent a significant trend.

The third category to show an increase was crimes of violence where the victim did not sustain an injury (up from 781 to 844) although there was a similar reduction in cases where the victim was injured.

The biggest falls by crime category came in non domestic burglary, possession of weapons and robbery.

The full York crime figures for the last 10 years can be downloaded from here.

York remains one of the safest City’s in the country in which to live.