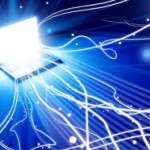 The news that Sky/TalkTalk are to launch an ultrafast broadband service in the City, possibly as early as next year, is welcome.

The high speeds on offer will be a boon to businesses in the City particularly those in the technology reliant sectors.

It may also provide a boost for “home workers”.

The City has many broadband providers but the domestic market is dominated by the BT network and Virgin.

Virgin in particular provides a high speed service – shortly to increase to 150 mps in some areas – which most leisure/domestic users will find adequate. It comes at a price though.

Competition is generally good for the consumer.

There may, however, be some downsides.

Unless the new network provider – CityFibre – can utilise existing utility ducts, we could be in for another period of damaged footpaths. NTL (Virgins predecessor) didn’t win many friends as it ploughed up the City’s streets nearly 20 years ago.

And pricing will be important. Commercial users will take a hardnosed approach.

Residents living in the suburbs and villages around York may, however, find that the market simply couldn’t fund the new infrastructure at this point in time.

In the meantime the Council Leadership is promising “citywide” coverage.

The new joint venture company says it plans to build a state of the art, city-wide, pure fibre-to-the-premise (FTTP) network to deliver broadband speeds of 1 Gigabit (1000 Mbps) direct to tens of thousands of homes and businesses in York, offering customers better quality and value.

The new network will leverage CityFibre’s existing metro fibre infrastructure in the City. Once the ultra-fast network is in place, Sky and TalkTalk will retail competing broadband services over the new infrastructure, with the first York customers expected to be connected in 2015.

The joint venture plans to work with leading global technology provider Fujitsu to deploy the pure fibre FTTP network. It will enable Sky and TalkTalk to offer customers better value for higher speeds than is currently available, increasing both choice and innovation in broadband for consumers.

The roll out will give Sky, TalkTalk and CityFibre the opportunity to fully test a new cost effective approach to building a viable pure fibre network, independent from BT Openreach’s infrastructure. The parties also intend to bring ultra-fast broadband to two further cities across the UK and will announce further details about the selection of the cities in due course.

This will be the first time ever that a UK city has been connected with such high speeds on a city-wide basis. The parties will work in partnership with the local community to help ensure the network delivers the numerous benefits better broadband can provide, including helping to grow the local economy and supporting York businesses to better compete in the UK and abroad.

Further details about the new service in York, including branding and launch date, and Sky and TalkTalk’s customer propositions and pricing, will be confirmed in due course.