Nearly two thirds, of the homes granted planning permission since Labours draft Local Plan was drawn up, have been for sites omitted from the Plan.

This is in addition to the 3231 sites which already had planning permission.

That means developers could now erect 5062 homes in the City – a 6 year supply of land, based on average house building rates over the last decade.

Of the total new permissions granted, 1678 were for brownfield sites. The vast majority – including the former Press offices in Walmgate – were not identified for residential use when the draft Local Plan was published 12 months ago.

The Council’s plans continue to under-estimate the supply of brownfield land. The plan should identify any site – of more that 0.2 ha in size – with potential for housing.  The draft Plan failed to do so.

The additional sites which will be considered on 17th April also fail to do so.

The Council has also said that it does not know how many additional homes could be accommodated on the new sites due to be considered on 17th April.

It is an important issue as the Council has not made any allowance for “windfall” sites in its calculation of the total build requirement for the next 15 years.

Nor has it identified the potential for conversion of existing commercial property with some very large opportunities – such as Ryedale House, Stonebow and Hillary House – excluded from the calculations.

Promised conversions, of the upper floors of shopping premises, have also been excluded.

The figures are likely to be of considerable significance when the Local Plan reaches the Examination in Public Inquiry stage.

The make up of the Draft local Plan base numbers is as follows:

The Local Plan Preferred Options was based on a position at 1st October 2012. The total number of residential net outstanding consents (commitments) at that date was 3,231 dwellings. This is detailed in Chapter 10 of the LPPO document (Housing Growth and Distribution). The table below splits this figure into site categories.

END_OF_DOCUMENT_TOKEN_TO_BE_REPLACED 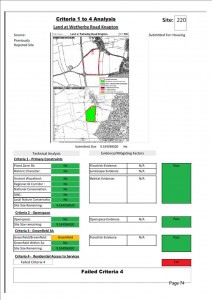 The York Council has released more details of the assessments that it has made of requests by landowners for particular sites to be considered for development.

They include assessments for some sites, which were rejected, and are not being considered at its meetings on the 17th April  and 23rd April 2014

They are relevant though in so far as they provide an indication of the landowner’s development aspirations. They are likely to reappear at the Public Inquiry later in the year when owners will try to have additional development land added to the Plan. 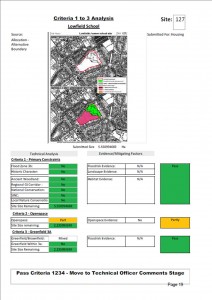 The proposals included the land (site ref 220) on Wetherby Road – near Knapton – originally suggested as a “Showman’s Yard” site. Now the owners want to build housing there. Worryingly the reason given by the Council officials for opposing development is the “lack of public transport”. No mention is made of its green belt credentials.

26 sites failed a “technical evaluation”. These included land to the west of Chapelfields (ref 778) which was rejected on grounds of landscape value and potential archaeology. 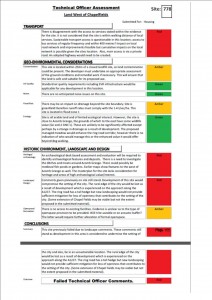 Land near Chapelfields under threat of development. click to enlarge

There is a similar list of sites rejected for Employment/Retail use. 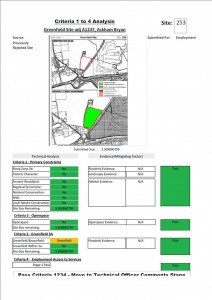 Notably a plan by the Council itself to build on the playing fields of Lowfields School (as well as on the previously developed footprint of the school buildings) has been rejected.

Officials point out that the field enjoys a lot of informal recreational use.

They do, however, rather ominously claim that the playing fields may in future be “taken over” by a private sports club!

Officials also rule out the development of even more of the open space between Woodthorpe, Foxwood, Chapelfields and the ring roads (site 791) and the rest of Acomb Moor (site 792) although the partial development of the moor still remains part of the draft Plan.

Approved proposals include a “freight transhipment” and Compressed Natural Gas (CNG) site on land between the A1237 and Askham Bryan. Although currently well screened by trees this is an elevated site which would be visible from several miles.