It looks like rich pickings are at hand for lawyers as the York Council has decided to continue issuing PCNs on Lendal bridge and Coppergate using ANPR evidence. 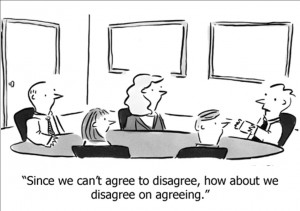 The latest twist to the pantomime comes as the Council announces that a legal opinion supports their stance.

Now we all know that you will always be able to find a lawyer who will argue the number of celestial beings that will fit onto a pin. That’s how some of them make a living.

But what is now clear is that the Council had privately already decided to make the traffic restrictions on Lendal Bridge permanent and they re now desperately trying to find a way of salvaging their unpopular policy.

The Labour leadership have completely forgotten that they are supposed to speak up for York residents not conduct a war against them.

Kersten England, Chief Executive of City of York Council, said: “Having received independent legal advice from a leading legal expert in this field we are confident we are operating both Lendal Bridge and Coppergate schemes within the law. “We also take assurances from Oxford, who contested with a similar appeal with the Traffic Penalty Tribunal and successfully won.” The restrictions will remain in place on Lendal Bridge and Coppergate and drivers are urged to continue to adhere to these.

and as local Liberal Democrat leader Keith Aspden has pointed out this is all costing the City, its visitors and residents huge amounts of money.

“I am asking the Chief Executive to publish a full copy of the legal advice given to the council. We also need to know how much this legal advice is costing taxpayers.

“To continue with a policy which the Government’s Traffic Adjudicator has ruled is unlawful seems like a gamble, which is why residents need to see the advice the decision is based on.

“The closure has been a shambles from the beginning and Labour need to stop dithering and make a final decision on the future of Lendal Bridge.

“We think the enforcement cameras should be turned off immediately and Lendal Bridge reopened. Labour need to stop hiding behind council officers and actually say what they are going to do.”