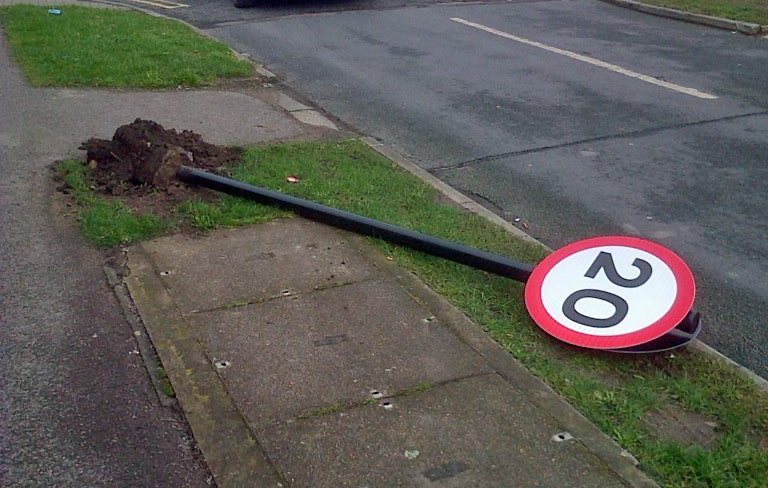 A Labour Councillor has claimed in the media that residents should not be consulted over wide area 20 mph speed limits. She says that most are in favour of the scheme.

The claim comes at a time when some residents are reacting angrily to having expensive signs erected on short cul de sacs where it is impossible to accelerate to even 15 mph.

In some areas, signs have already been vandalised.

The Councillors comment can only inflame public opinion and fails to acknowledge that, in some areas where the new limits have been imposed, the number of accidents recorded has actually increased.

The new Council, which will be elected in 2015, will have the unenviable job of deciding whether to throw good money after bad and have the signs removed.

Common sense says that the programme should be suspended. This would potentially save around £200,000 – money which could be spent on targeted accident prevention work.

The results of the new limits, already rolled out in west York, could then be assessed before the policy is thoroughly reviewed.

NB. In a poll of all residents living in the Westfield and Dringhouses wards, only 5% of respondents say that they favour a “wide area” 20 mph speed limit.