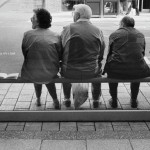 Despite claims to the contrary, a Freedom of Information request has revealed that the York Council has not apparently asked local bus operators to publish service reliability statistics.

The claims were made by politicians in 2012 as they tried to justify only publishing an annual reliability figure (which later turned out to be a one day sample).

The annual figure published on the DpT web site suggests that 1 in 5 buses in York are more than 5 minutes late.

In 2013, the Council claimed that a data sharing agreement (which has now been published) prevented them from revealing figures which would tell passengers what reliability levels were being achieved.

Rail users have had access to such information for over a decade.

More recently the Council has admitted that it does get these figures on a regular basis but aggregation would have to be done “manually” and to do so would be prohibitively expensive.

The Council claims that its data is supplied through a system supplied by Vix Acis.

This company publicly claims that their Horizon web based system does provide “management with the ability to mine historical data for service improvement and reporting against key performance indicators”.

So the suspicion remains that, for some reason, both the bus companies and the Council are desperate to hide just how reliable bus services in the City actually are.

Our view is that (at least) each month the number of buses running on time (within 5 minutes of the published timetable) on each route should be published on the web.