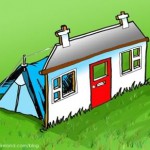 Two questions have been tabled for Thursdays York Council meeting, which may shed some light on the demand for affordable housing in York.

The questions spring from the decision to remove over half the applicants who were registered on the waiting list in September.

The impact of this major decision – which was taken behind closed doors – will be questioned by Liberal Democrat Councillor Ann Reid.

She has tabled the following question,

“Does the decision to remove 2400 applicants from the Housing Waiting List, which means there are now officially fewer residents in housing need, mean there will be lower affordable house building targets?”

Last week the government announced that developers would, in future, not have to provide a fixed number of affordable units on developments of 10 homes or less.

In addition, Councils will be able to borrow money to acquire more social housing.

The Labour Leadership’s claim, that the additional homes that they plan to build in and around the City over the next 15 years would be occupied by local residents, is also being challenged.

The following question has been tabled.

“What proportion of the 22,000 additional homes that the Cabinet Member feels should be built during the next 15 years under Labour’s Local Plan proposals, does she believe will be occupied by York residents and their families and how many by inward migration?”

———–
Meanwhile Conservative Councillors are trying to force the resignation from the Cabinet of Cllr Tracey Simpson Laing. 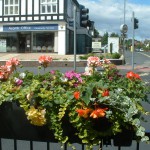 They have put down a motion of “no confidence“, but cite only the Councillors failure to provide additional affordable homes in the City.

While housing building rates over the last 3 years have been disappointing, and the failure of the Council to buy on the open market to supplement the rented stock lamentable, the more serious shortcomings of the present administration are in danger of being overlooked.

Labour only have themselves to blame though, as they tried a similar “no confidence” stunt in 2008.