CYC is looking for keen residents to become Snow Wardens and help their local community this coming winter. http://t.co/Syz2eL8olM 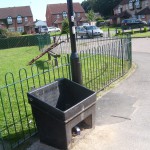 The first of the doomed salt bins are being removed by the Council this week. 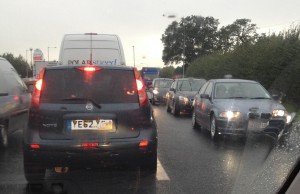 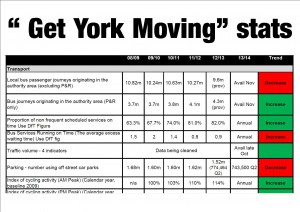 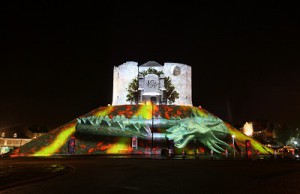 This year’s Illuminating York event is proving to be popular with residents and visitors alike.

After a slow start (probably the result of the bad publicity following last years poor show) ticket sales are increasing.

This despite the increase in prices with children being discouraged from attending the paid for events at Cliffords Tower and in the Museum Gardens.

The Councils budget for the event is understood to be £175,000 with the Arts Council contributing £73,000 of this. 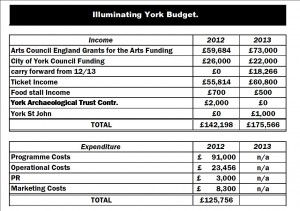 Free events like the illuminated A4 locos at the railway Museum are very popular.

Until 2011, the costs of the event were all covered by sponsorship. The new Labour Council introduced admission charges although the total costs of staging the event remained broadly the same.

Ticket details can be found here. 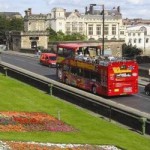 One of York’s renowned City Sight Seeing buses will become the first double-decker bus in the country to get an electric makeover, thanks to a grant made by the Coalition government.

Reliance buses will also benefit from the same pot of funding, with the installation of new exhausts that will help reduce poor emissions in the city.

Details of the supplementary allocation were released 3 weeks ago.

A City Sight Seeing bus, operated by Transdev, will become the first double decker in the UK to be converted from diesel to pure electric with lithium ion batteries, similar to those used by mobile phones.

Converting from diesel to electric will have substantial benefits for air quality as the bus is used intensively in the city centre. The cost of the conversion will be £75k, but will save an estimated £15k a year in fuel costs.

The remaining DfT funding will be used to retrofit two diesel buses operated by Reliance, along the A19 route,with Selective Catalytic Reduction (SCR) exhaust technology which reduces emissions of small particles.

END_OF_DOCUMENT_TOKEN_TO_BE_REPLACED

Although the Council has cut back on the number of amenity skips it provides, several residents associations continue to run programmes aimed at making it easier for tenants to get rid of unwanted items.

The skips are only in place for a few minutes and residents must ensure that they put any rubbish into the skips and do not leave it on the path or highway.