The names of the 5 Labour Councillors who voted on Monday to scrap most of the “self help” salt bins in the City have been published. They include 3 Councillors who were parachuted in by the Labour Leadership to replace members who had refused to take part in the highly unpopular decision. 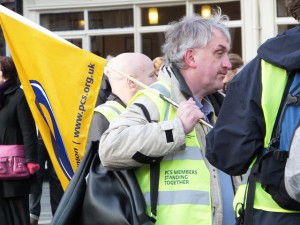 Burton: protesting against cuts 2 years ago

The five Councillors were:

The decision of representatives from Westfield and Holgate to endorse the cuts is particularly disgraceful, as those wards will face the brunt of the cut backs, which also involve stopping gritting some bus routes (including the number 24 in Westfield).

The Council have now said that residents groups may “adopt a salt bin” if they feel that it serves a particular need in their area. As the salt bins (which cost £300 to provide) already exist, the residents groups would “only” need to find around £50 a time to have each filled. Contact the following Email address if you want to “adopt a salt bin” andy.binner@york.gov.uk 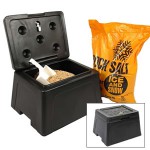 If it is a mild winter, then one fill might be enough.

Another alternative might be to use a private contractor to keep the bins filled.

We have mixed feeling about the scheme which could discriminate against deprived areas.

However it has the advantage of keeping the bins on the streets so that, after Labour inevitably lose control of the Council in 2015, normal winter maintenance services can be resumed quickly by the new Council.

These are the 15 salt bins in the Westfield Ward that the Council propose to remove.

• ST STEPHENS MEWS SIDE OF 22 THE GREEN