Figures released by the Office of National Statistics for a 12 month period up until June 2013 showed crime had reduced by 6%.

They confirm that the North Yorkshire Police area is the safest place to live in England, with 42.43 recorded crimes per 1000 people. 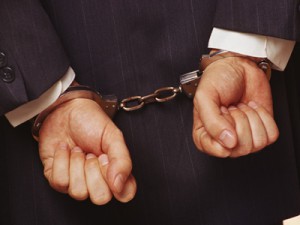 More up-to-date figures show that during a 12 month period up to September 2013, crime in the North Yorkshire Police area has been reduced by 4% to a total of 34,368 crimes.

This equates to 1,598 fewer victims of crime in our communities.

The figures also highlight that certain types of crime are being effectively tackled and continue to fall, with the following positive results:

•Burglary has been reduced by 5% – with 241 fewer victims

•Cycle theft has been reduced by 4% – with 59 fewer victims

•Criminal damage has been reduced by 9% with 587 fewer victims

•Drug offences have been reduced by 8% – with 166 fewer crimes

Reports of sexual offences have increased by 16%, which officers believe is due to more victims having the confidence to come forward and tell the police, thanks to improved facilities such as North Yorkshire Police’s Sexual Assault Referral Centre (SARC).

“However, we know that there are difficult times ahead with more savings to be made and it will be a real challenge to maintain this level of performance.

“Having said that, I am confident that our officers and staff, who are totally committed to keeping the communities in the county safe, will continue to give their all and tackle the challenges which lay ahead with the same determination they have always shown.

“The people of North Yorkshire can also rest assured that the Commissioner and I share the same desire to maintain North Yorkshire and the City of York’s position as the safest and lowest-crime area in England.”