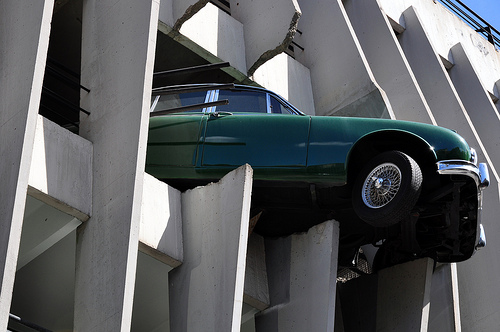 The Council has published a list of the makes of car that have attracted fines for parking outside allotted bays. 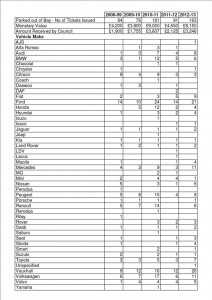 Top of the list are Ford owners, followed by Vauxhall and Volkeswagon.

In 2012/13 Mercedes tied with Volkswagon for third place

NB. At the end of 2012, the most common car in Great Britain was the Ford Focus (1.4 million) followed by the Ford Fiesta (1.3 million), a situation unchanged on the year before.

In total, Ford accounted for 15 per cent of all cars and Vauxhall for 12 per cent.

The top five marques (Ford, Vauxhall, Volkswagen, Peugeot and Renault) accounted for 48 per cent of all licensed cars in Great Britain.

The next ten (Toyota, BMW, Nissan, Citroen, Honda, Mercedes, Audi, Fiat, Rover and Volvo) take the total to over 81 per cent.

There were over 1 million cars licensed from each of the top ten marques (Ford to Honda).