Prominent Labour Councillor Tracey Simpson Laing has announced today that Labour is still going for housing growth of over 20,000 during the next 15 years.

She claims that the figure – published in a draft Local Plan which went out for public consultation during the summer – is necessary to meet “demand in York over the next 15 years”. 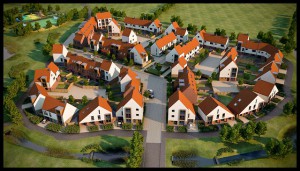 Residents had expected that the Council would carefully consider the responses from the Local Plan consultation before deciding whether this figure was indeed necessary.

Many residents have said that they do not want the City to expand by 25% in such a short timescale.

Others have pointed out that there will be insufficient jobs to sustain such growth while large areas of the City and surrounding countryside would be blighted.

In a separate development the Council has confirmed that the student housing development, on The Press site on Walmgate, which received planning permission last month, will produce 361 housing units against the total annual target of between 800 (old Local Plan target) and 1200 homes (Labours new target). Most will be 2 person flats.