When the Council announced its preferred list of locations for new Council houses 5 months ago, it refused to reveal which other possible locations had been considered.

Now a Freedom of Information request by Cllr Ann Reid has forced the Council to reveal the identity of the sites. 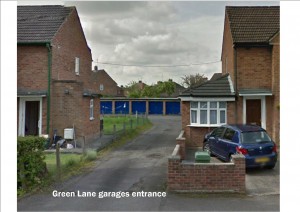 The sites under consideration were:
• Green Lane garages (Westfield Ward)

The sites eventually selected were

The application includes 9 “affordable” houses and 9 “affordable” flats. In total 27 units will be built there. There have been several objections to the plans