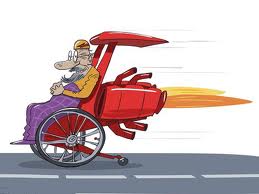 Officers clocked 41 drivers exceeding the speed limit during a multi-agency initiative on the A1237 near Huntington on Monday 12 August 2013.

One offender was travelling at 80mph in a 60mph speed limit area.

The initiative was part of the partnership’s commitment to reducing casualties on the county’s roads.

Officers issued a total of 12 fixed penalty notices for offences including no insurance, no MOT, driving without wearing a seatbelt and no tax.

Five un-roadworthy vehicles were issued prohibition notices by VOSA , including two immediate notices for faults so serious that the examiners could not allow the vehicles to continue with their journeys.

The other prohibitions require drivers to fix the faults on their vehicles and have them re-tested within seven days.

One vehicle was seized due to the driver having no insurance.

The latest list of streets where vehicle speeds are being checked can be found by clicking here http://www.northyorkshire.police.uk/11869

PC Mark Patterson said: “Despite sustained enforcement and education campaigns throughout North Yorkshire there are still a large number of fatal collisions happening on our roads every year.
“A high percentage of these collisions are down to drivers who are speeding or driving defective vehicles.

“That is why operations such as this one are important in getting the message across that we will not tolerate people committing traffic offences or driving faulty vehicles.”
If you want to report someone you suspect of speeding or driving a defective vehicle, contact North Yorkshire Police on 101 – select option 1 – and pass information to the Force Control Room.