A new report has been published this month which looks into “what we all can do to ensure that York’s habitat and wildlife, including endangered species, are protected from extinction”. 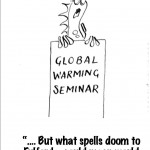 The York Council says, “Residents can help by completing fact sheets about wildlife activity in their gardens at www.york.gov.uk/localplan– in the ‘download documents panel’.

You’ll be hard pressed thought to find a form see here Clearly, after recent events, spotting Great Crested Newts these days earns rather fewer ISpy points than might have been the case a couple of decades ago.

The Biodiversity Action Plan (BAP) looks at the many different forms of biodiversity in York and the life that surrounds us all, from plants, animals, insects and the way they all work together.

Some of the most unique natural flora and fauna wonders of York include 2,000 year old wildlife such as Clifton Ings and the Tansy beetle, which lives on tansy clumps for a 40km stretch of the banks of the Ouse around York and nowhere else in UK.

The local action plan builds on the comprehensive Biodiversity Audit 2010 survey of York carried out between 2008 through to 2010, which lists individual habitats and sites. It also works alongside the Rio Earth Summit national action plan, which the UK signed-up to with many other countries in 1992 and the Biodiversity Strategy 2020 to halt the loss of biodiversity.

The aim of the BAP is to help inform planners, developers and landowners on how they can work together to avoid harm to fragile environments and species, and where possible to enhance provision of important habitats. It will be particularly important to those looking to invest in York’s future and is one of the supporting documents for the York Local Plan, which is set to be adopted by 2015.

There are local Friends of Groups located in different areas of the city to help manage and improve local environment.