Predictably the York Councils Labour Cabinet has tonight agreed to put their appalling “Local Plan” out for public consultation. 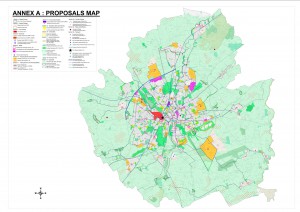 Residents will have a minimal 6 weeks to put forward their views.

The saving grace may well be a Public Inquiry which must take place before any plan can be adopted. It is scheduled to start in 2014.

The next local elections take place in 2015 and a new council would have the opportunity to ditch at least some of the more extreme aspects of the Labour Plans.

The Council has a poor record on public consultation. The Local Plan is so important for the City that each and every household should be given information and the opportunity to influence the final document.

We doubt this will happen.

However Liberal Democrats will be out and about campaigning against the proposals.

The war has only just started.