The Council has now published details of their plan to turn the operation of York’s libraries and archives over to “social enterprise in the form of a community benefit society”. The hand over is likely to start in June 2013. 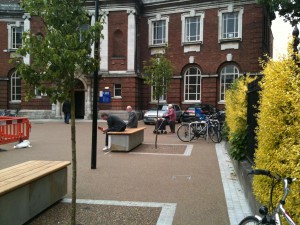 The change is driven by a wish to cut Council expenditure (library budgets are being cut by £ ¼ million next year) and the service will have an emphasis on the use of “volunteers” to work in the libraries.
By 2010 York libraries were rated amongst the top 10% in the country providing outstanding value for money against a background of major innovation such as the York “Explore” modernisation programme, which almost doubled the numbers visiting libraries in the city.

Over half the population in York uses libraries – the highest rate in the region.

A public consultation exercise found that 81% of respondents wanted to see libraries stay in their current buildings. 72% wanted to keep the opening hours at the current level and 55% wanted more books to be bought.

The report concludes that a “community benefit society” is appropriate to running a libraries and archive service in York.
“This is an industrial and provident society which is regulated by the Financial Services Authority and whose governance is based on the Rules of the society. A key advantage is the ability to give a wide membership, including the community and employees, a stake in the organisation and a say in management and other affairs. Officers have also concluded that obtaining charitable status is essential as it brings a variety of tax relief and other benefits”.

The Council estimates that – if the go ahead is given at a meeting being held on 8th January – setting up costs of over £100,000 will be incurred although this might be deferred by the Cabinet Office.

Although users would be able to become a “member” of the society (for £1) residents would effectively lose any democratic control. Decisions would be made by the Chief Executive and an 11 person “Board”.

We have said all along that the York Library service is one of York’s success stories of the last 10 years. Other local authorities are not generally seeking to privatise or outsource this activity (which Councils are obliged, by law, to provide).

Although the Council will provide an annual grant to aid the running of the service, there is no guarantee that this will be enough to sustain the present numbers of libraries or to underwrite the next stage in the modernisation of the archives (digitalisation).

The risk is that the service will withdraw from smaller communities, become pre-occupied with achieving bottom line financial success and be insensitive to residents priorities.

The Museums Trust in York – although successful in many ways – is hardly a paradigm of transparency and resident (as opposed to user) involvement.

On the other hand – given the lamentable performance of the current Council on cultural affairs over the last 18 months – it might offer an opportunity for the service to cast off the yoke of short term gimmicks and political spin.

One thought on “John Lewis approach to York Libraries”